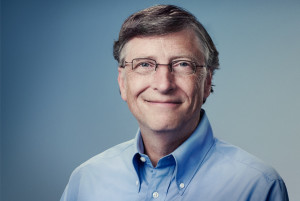 Microsoft Chairman Bill Gates on Monday briefly took attendees at a company-hosted research conference back decades to the failure of Microsoft Bob and the loathed ‘Clippy’ to talk about opportunities in pre-emptively helping technology users.

In some ways, Gates’ comments at the Microsoft Research Faculty Summit were reminiscent of a line or two in current CEO Steve Ballmer’s memo last week in which he outlined the reasons for the company’s radical re-organisation.

“It’s surprising how little we’ve had a breakthrough in terms of how you fully take advantage of software,” Gates acknowledged as he responded to a question about what the next step should be “to make more-ordinary mortals without computer science degrees … benefit even more from the computers we’ve managed to get into their homes.”

The query, posed by a researcher from Carnegie Mellon University (CMU), asked Gates to comment on how scientists can make technology easier to use.

“It’s been talked about for decades, and now really is possible, where we see where you’re going, we see your calendar, we see your various communications,” said Gates. “Some of those communications we can actually look at the text, look at the speech, try to be helpful to you in your activities. I think we will be more connected and, therefore, if somebody wants to do a task like find a gift of a certain type, organise a trip of a certain way, that there will be a closer match … that is, the gap between what the software can do for them and what most people end up doing, that could be reduced.

“But you always make mistakes on these things. When the machine tries to do the table with numbers, or the dog comes up and says, ‘Oh, you didn’t do this thing right,’ Microsoft Bob-style, which is a long time ago when we tried a little personality that was definitely premature,” Gates said, drawing laughter from the audience. “I think it will re-emerge, but perhaps with a bit more sophistication. We were just ahead of our time, like most of our mistakes.”

Microsoft Bob, a 1995 attempt to overlay an even-less-technical interface atop Windows 95, sported a ‘personal agent’ – although the technology was actually labeled Microsoft Agent by the company – defined as an on-screen character who interceded when the software thought the user wanted to accomplish a task. Among those characters was a dog, nicknamed Rover.

The concept of a personal agent was added to Office 97 – made infamous by Clippy, the paperclip cartoon character – and continued to play a role in the suite through Office 2003. (A further digression: Clippy has a Twitter account.)

But for all the yucks Gates elicited  from his audience of ber-geeks – a term the CMU researcher applied to himself – his intent was not only serious, but in line with remarks Ballmer made last week.

In a long-winded public memo titled Transforming Our Company, Ballmer touched on the same issue Gates tackled on Monday.

“Our machine learning infrastructure will understand people’s needs and what is available in the world, and will provide information and assistance,” Ballmer wrote in a section pegged “Next-generation decision-making and task completion,” one of four steps Microsoft is to make to execute its new strategy. “We will be great at anticipating needs in people’s daily routines and providing insight and assistance when they need it.”

Although Gates did not in any way reference Ballmer, his concluding comment on the subject synced with his successor’s emphasis. “The prize to do these things is very large in a commercial sense,” Gates said.

Gates has a personal connection to Microsoft Bob – more than it being just another product launched on his watch – as his wife, Melinda French Gates, was a marketing manager on the Bob project.