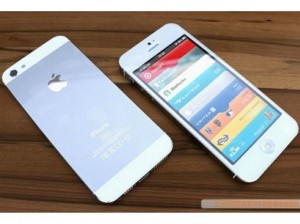 Apple apparently made the right decision to omit NFC from the iPhone 5, given that 68% of U.S. consumers prefer to buy good using cash and credit cards over mobile wallets, according to a recent consumer survey.

“Consumers aren’t ready to abandon their leather wallets for mobile ones,” said Charles Tran, founder of CreditDonkey.com, which conducted the survey of 1,200 U.S. consumers, nearly 70% of whom were smartphone owners. The survey was completed early this month and the results released this week.

Of the 832 of respondents that owned smartphones, 68% answered no when asked: “Would you like to replace the cash you carry with a mobile wallet?”

Tran interpreted the results as confirmation of the conclusions of many analysts that mobile wallets and the near-field communication (NFC) technology are still in their very early days, especially in the U.S.

In other surveys over the past year, American consumers have expressed concern about mobile wallets, at least partly due to security worries.

However, down the road Apple could turn to Bluetooth 4.0 or another technology in the iPhone 5 to wirelessly transmit payment data, analysts have noted.

“Since most consumers are not early adopters, they still prefer to shop from PCs and in physical stores instead of from Androids, iPhones and BlackBerries,” Tran added.

The CreditDonkey.com survey did find the same security concerns about mobile wallets that other polls have found. Nearly 62% of respondents in the latest survey said mobile phones are not as secure as their wallets.

The survey also found that 67% of consumers surveyed won’t be replacing their credit cards with a mobile wallet any time soon.

However, Tran did note that 73% of the smartphone users polled sometimes or always use mobile devices to conduct price comparisons while inside of stores.

Tran added that consumers trust Amazon far more than PayPal or Apple when making online transactions. “If anybody is in position to dominate the mobile payment market, it’s Amazon,” Tran said in an email to Computerworld.

In a separate CreditDonkey.com survey of more than 1,000 online consumers (using PCs and other access), 60% said they trusted Amazon most with their credit card information, 30% said PayPal while Apple and Google were each the most trusted by 5% of respondents.

ISIS, a consortium made up of Verizon Wireless, AT&T and T-Mobile, announced on Wednesday, the same day as the iPhone 5 was launched, that it was delaying the launch of its mobile payment service in two cities without giving a start-up date.

ISIS maintains that NFC is the most secure technology for modernising payments.

Nonetheless, while NFC technology is widely used in South Korea and Japan for transit and for retail purchases, it is only starting to catch on in Europe and North America.

Part of the reason for the slow start is that just 2% of all merchants worldwide have installed terminals or software that can read NFC transmissions, according to Aite Group.

Avivah Litan, an analyst at Gartner, said that Apple didn’t miss the boat by not installing NFC chips in the iPhone 5.

She noted that recent partnership agreements by Square and Starbucks and by Home Depot and PayPal for use of in-store mobile payment systems that don’t use NFC technology “prove that [non-NFC] mobile payments can be as, or even more convenient for consumers than those with NFC.”

PayPal’s approach with Home Depot and other retailers allows an in-store buyer to input a mobile phone number and PIN on a terminal keypad to authorise a payment, while Starbucks scans barcodes on a smartphone with an optical scanner much the same way Apple’s Passbook works.

While Starbucks has been using its optical scanning of barcodes on smartphones for more than a year, its impact on the public’s perception of mobile wallets doesn’t seem to have been picked up in opinion surveys such as the recent one by creditdonkey.com.

“I expect that context-aware mobile payments like Square and Starbucks will have a much bigger impact on U.S. mobile payments through 2014 than any NFC-enabled attempts,” Litan said.

Rick Oglesby, an analyst at Aite Group, said the ISIS decision to delay the rolling out of its NFC approach shows how difficult the process can be.

“Even for ISIS, it’s a huge challenge, as we’ve seen with the delay in launching within two finite geographic areas,” he said. “If ISIS is struggling in Salt Lake City and Austin, how could Apple be successful globally?”