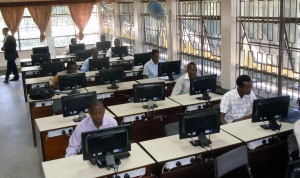 Following similar controversies in Zambia and Zimbabwe, Kenya has been hit by procurement scandal that has cast a shadow on the country’s roll-out of its school laptop project, valued at more than US$200 million.

Conflict has arisen between tendering companies and the Ministry of Education following accusations that the ministry has given top listing to an Indian company, Olive Telecommunications, to supply the laptops to Kenya.

Tendering companies Hewlett-Packard and Haier Electrical Appliances of China accuse Olive of not meeting the basic tendering requirements as stipulated by national regulations.

The controversy emerged after allegations were raised that Olive is not a device manufacturer but uses Chinese subcontractors to manufacture their Olive-branded electronic devices, contrary to the tender project’s OEM (original equipment manufacturer) requirements.

Kenyan tender rule states that only OEMs may participate in the laptop bidding, according to media reports. This rule would effectively rule out Olive from participating in the tender if it cannot prove it is an OEM. The Kenyan government decided to add this tender rule after it emerged that brokers had participated in the first round of tendering, which led to an inflation of proposed costs.

Both HP and Haier had offered to establish Kenyan assembling plants for the laptops. But Olive may not be manufacturing the devices locally, according to reports.

The tendering process also drew criticism from Haier after the Ministry of Education officials made public the HP and Haier bids – complete with pricing and value added offers – but kept secret a bid by Olive.

The Kenyan government plans to roll out 1.3 million laptop computers to schools across the country to promote e-learning.

The Ministry of Education officials has so far remained tight-lipped on the allegations.

“Although there may not be kickbacks in the awarding of telecom tenders, the behaviour of government officials involved gives room for speculations because they bend and violate the rules they make themselves,” said Edith Mwale, Telecom Analyst, Africa Centre for ICT Development.

Generally, corruption by senior government officials is said to be the root cause of controversies on how tenders are awarded in the region. The Zambian government has cancelled two tenders that were awarded to Chinese companies following allegations of corruption in the manner the tenders were awarded. Zambia’s Anti-Corruption Commission is currently probing senior government officials who were involved in the awarding of the tenders and the two Chinese companies that won the tenders for installation of closed circuit television (CCTV) cameras on the streets of the capital city, Lusaka, and the digital migration tender.

In Zimbabwe, a controversy on how a tender for the supply of communication equipment was awarded to a foreign company has ended up in court after a local company accused officials from the country’s procurement authority of corruption in the manner they awarded the tender.