Telstra and its subcontractor Motorola, have been chosen to design, build, operate and maintain a new Queensland government wireless network (GWN) in a deal worth $457.3 million covering a 15-year period. 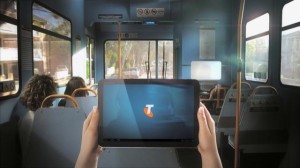 Telstra beat other candidates in the tender process including Airwave Solutions, Leighton Communications, and the Queensland Wireless Network Consortium made up of Harris Corporation, CSC and Brookfield Financial.

In a statement Queensland treasurer, Tim Nicholls, criticised the previous government saying the system should have been delivered a decade ago.

The main objective of the GWN is to provide an enhanced digital radio voice and narrowband data communications network for the state’s public safety agencies.

The GWN would initially be rolled out to Brisbane, Gold Coast and Cairns to support next year’s G20 meetings. It will be rolled out to the rest of South-East in time for the 2018 Commonwealth Games.

Nicholls said Telstra and Motorola would now work closely with the Government to start the detailed design and build of the network under a managed services agreement.

Minister for police and community safety, Jack Dempsey, said the GWN would help emergency services in preparing for future disasters or emergencies.

“Our existing analogue technology is ageing, has limited capacity and can’t be used across agencies,” Walker said.

“The GWN will improve the way different components of the system work between our critical first responders and with interstate and Commonwealth public safety and law enforcement agencies.”