Thales has announced that it was selected by Alstom, and Dubai’s Roads and Transport Authority (RTA) to deliver the systems’ extension and upgrade of the Dubai Metro’s Red Line. 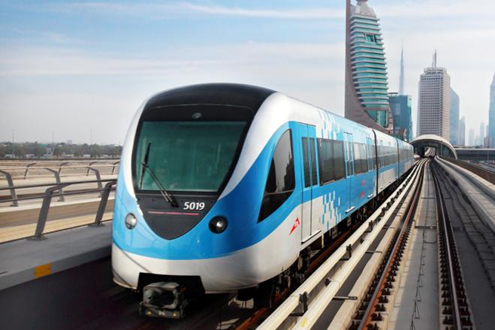 The Red Line is one of the longest driverless metro lines in the world and will be used by the 25 million visitors expected at World Expo 2020.

The Alstom-led consortium Expolink, also composed of ACCIONA and Gulermak, has signed a contract with RTA  to design and build the extension of Dubai’s Red metro line and upgrade the system of the existing line. The total value of the project is EUR 2.6 billion.

Known as Route 2020, the 15 km extension will include seven stations and is currently under construction to connect the existing network with the World Expo 2020 site. It is due to enter into service in May 2020, five months before the Expo opens.

Thales’s ground transportation solutions have been in service on the Dubai metro for the last seven years. They include driverless train signalling systems, the control centre, integrated supervision and communications, passengers’ services, security and revenue collection systems. The Red Line (52 km before the extension) was the longest driverless metro line in the world when it began operations in 2009. This ultra-modern, mostly overhead metro running alongside the city’s main Sheikh Zayed Road, an urban highway prone to gridlock during rush hours, has succeeded in the space of a few years in easing the city’s traffic congestion. Since 2009, passenger numbers have been increasing continuously.

This latest project is a major milestone in the urban transport system of this futuristic city, which is considered particularly innovative in the transport sector in particular. It will definitely contribute to Dubaï’s objective to become the “smartest” city in the world.