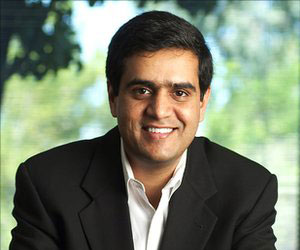 The Virtual LAN (VLAN) model of networking must be phased out to make way for bring-your-own-device (BYOD)-ready networks, according to the founder and CTO of Aruba Networks, Keerti Melkote.

Melkote was speaking at Aruba’s Airheads conference in Alicante, Spain, where the wireless vendor has been making big noises on the influence mobility is having on the industry.

“Mobility is transforming the networking market,” Melkote said. “The reality is the VLAN model does not work for the future.

“Lync does not fit on the VLAN model. A VLAN needs to change membership model to cater for mobility and BYOD, making it more of a user-centric and personal model.”

Access points were traditionally designed around the office desk, because that was the only place the employee worked, with wired PCs and phones.

This would allow networking vendors to provision ports and structure the office based on VLANs.

Around 10 years ago, wireless was considered not as secure as wired, Melkote said.

“So we segregated that on a third VLAN and guest users needed just the Internet, so that went on another VLAN. BYOD was not corporate issue, so we need yet another VLAN. You see what is happening — VLANs worked for a long time, but it has mushroomed to a large degree and is now causing a big admin nightmare.

“It wasn’t just the management issues that would cause concern, it was the type of applications which couldn’t easily be defined as the responsibility of one VLAN.”

But Melkote did not just use his keynote session to condemn VLAN to the networking graveyard. He was just as eager to propose a new way of thinking about networking for the next-generation mobile office.

This thinking revolves around the different types of behaviour from the network that mobility requires.

“Your desk has no meaning,” Melkote said. “What’s important is who you are, what devices you are accessing, your location, and maybe also what time of day it is.

“These aspects are much more fundamentally important. We think organisations should build their networks around personal lines.”

He added that organisations can no longer configure their networks statically, like they did with VLAN networks.

“Things change constantly and the network needs to be constantly reprogramming itself,” he said. “What is needed in the mobile context is something that is a lot more programmable, where the infrastructure is based on exactly what is going on at that point of time.

“There is a need for flow-based networking, and this is where we think networks are heading.”

Going on with the term “flow-based networking”, Melkote was referring to what is more popularly known as software-defined networking (SDN), which has been making big waves in the industry. “We want to leverage these tools,” he said.

To jump on the SDN bandwagon, Aruba has devised a control plane to manage the infrastructure by application.

The vendor ultimately wants its technology to work across any router, regardless of vendor, by utilising open source protocols.

“The layer above will connect with the network,” Melkote said. “We will have APIs that give the ability to do security at the app layer, QoS (quality of service) at the app layer, even location — and this is the foundation we are going to continue to innovate in over the next several year.