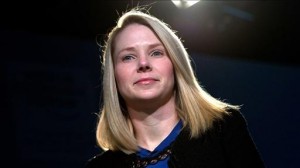 Yahoo’s profits rose more than 30 percent in the first quarter, due to a variety of factors including lowered operating costs, though sales at the company declined.

Net earnings for the quarter ended March 31 were US$390 million, a 36 percent increase from the same quarter last year, Yahoo reported Tuesday.

However, revenue fell by seven percent during the quarter to $1.14 billion. Subtracting commissions and fees paid to advertising partners, the company’s first-quarter sales were $1.07 billion, roughly flat compared to last year.

The company’s net earnings per share of $0.35 were significantly higher than the consensus expectations of $0.24 from analysts polled by Thomson Financial.

Yahoo CEO Marissa Mayer described the quarterly results in a statement as “pleasing,” and identified “continued stability in our business” as a factor behind the gains in earnings, adding that improvements to the Yahoo’s products “will set up the company for long-term growth.”

After subtracting partner commissions, search advertising revenue increased by 6 percent to $409 million, compared to $384 million during the same quarter last year. Mayer, formerly one of Google’s top executives, has faced pressure to boost the company’s search revenue as it struggles to compete against her alma mater. She took the CEO job at Yahoo last year.

Yahoo reached a global advertising deal with Google in February aimed at giving Yahoo more ads to populate its Web properties, which include Yahoo Sports and Yahoo News.

“By adding Google to its list of world-class contextual ad partners, Yahoo can serve users with ads that are even more meaningful and personal,” the company said Tuesday in its statement.

Yahoo has signalled in recent months that it wants to make changes to its business in an effort to stay relevant to users as they engage more with mobile devices and social media. Unlike other Silicon Valley giants like Google, Facebook and Apple, Yahoo does not offer its own mobile device or social network.

In mobile, some recent acquisitions include Yahoo’s purchase of Summly, a London-based company behind a news summarisation app, and Alike, a location discovery service.