The cybersecurity specialist Kaspersky Lab could open a “Transparency Centre” in Dubai to strengthen confidence among regulators and partners, a company official has said.

The comments from Anton Shingarev, vice president for public affairs at the Russian-headquartered firm, come as Kaspersky Lab presses ahead with its Global Transparency Initiative (GTI).

As part of the project, the company is opening a Transparency Centre in Switzerland and is moving to the European country its data storage and processing for some parts of the world.

Kaspersky Lab has previously indicated that it intends to set up additional Transparency Centres in North America and Asia by 2020.

“This centre [in Zurich] is a pilot project. If it’s successful, it’s going to be scalable. As soon as we have one transparency centre, we can more or less easily open one in Dubai,” he said.

“It’s an interesting location: well connected geographically, in connectivity, a lot of skilled people, with a huge demand for cybersecurity.

“If there’s a request from partners and governments, Dubai seems like a great location for that.”

With concerns over Russian cyberespionage hitting the headlines, and with Kaspersky Lab software linked to some reports, late last year the US president, Donald Trump, signed a law banning the use of the company’s products in federal government systems. The Dutch government announced similar measures in May 2018.

Kaspersky Lab has denied that it has worked with Russian hackers and, in October 2017, announced the launch of its Global Transparency Initiative.

The company has said that it has “faced a lot of false allegations of wrongdoings from different sources”, and the initiative would “prove that we have nothing to hide, so that our customers can trust us”.

Key parts of the initiative include the relocation to Zurich of the company’s build systems, which compile and create company products and updates. A third party is responsible for overseeing the compilation and signing of software.

Servers processing and storing information for users in Europe, North America, Australia, Japan, South Korea and Singapore are being relocated to Switzerland.

Linked to this, Kaspersky Lab has said the Transparency Centre in Zurich will allow partners to access reviews on the company’s code, software updates and threat detection rules.

Speaking ahead of a Transparency Summit the company is holding in Zurich this week, Shingarev said it was “hard to say” whether the espionage concerns had impacted turnover in the Middle East, although he said Kaspersky Lab was achieving growth in the region as well as in Europe.

“I would say we face extra questions. In the past we were trusted by default. There were not many questions about how the files are processed, how they collected, where they are stored. Now there are these extra questions after the publications in the United States,” he said.

“When we’re doing business in Dubai, we’ve to go the extra mile to explain it. We explain to our partners in government. The feedback is positive. Our approach is needed in Dubai and the Middle East countries.” 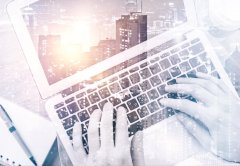 Global firms turn to tech to offset the impacts of COVID-19: Epicor 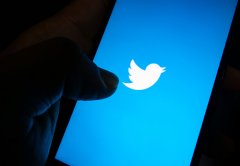 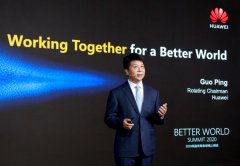 Huawei spotlights the role of ICT in overcoming COVID-19 challenges