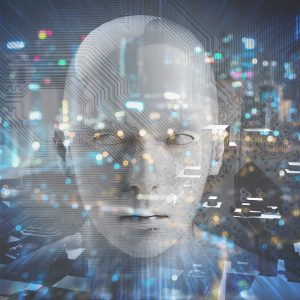 Artificial intelligence (AI) market is generating immense buzz within the industry, just in its nascent stage. Reseller ME explores if channel partners have a role to play and how they can tap into the prospects successfully.

Artificial Intelligence (AI) is a technology that is around 60 years old, the term was coined at a Dartmouth College Conference organised by John McCarthy, an American computer scientist and inventor in 1956.

However, even before that, English mathematician Alan Turing had published a paper titled ‘Computing Machinery and Intelligence’ in 1950, which paved the path to the field that would be called AI.

Today, we are seeing many more on-ground applications and use-cases of this technology and even though it still remains at an embryonic stage, technology players know they cannot miss a piece of this pie.

A PwC study indicated that 72 percent of business leaders termed AI as a “business advantage”. To the firm’s question on which AI-powered solutions digital executives imagine having the largest impact on their business, the majority, 31 percent, said virtual personal assistants. Automated data analysts (29 percent), automated communications like emails and chatbots (28 percent), automated research reports and information aggregation (26 percent), and automated operational and efficiency analysts (26 percent) were among the top five.

Shadi Salama, channel leader, East Region, Cisco Middle East, says, “AI represents a tremendous opportunity to expand the reach and enhance the capabilities of enterprise technology. Automation and AI are already disrupting many industries and causing sweeping economic changes in certain segments. But they are also creating opportunities for people to learn new skills and have more interesting work—perhaps even in job categories that don’t yet exist.”

The use-cases we are seeing today are still a long way off from the predicted potential of the technology, and some players tout automation as AI. So, is AI, at the moment, another glorified term for automation?

“Not really,” says Mario Veljovic, general manager, VAD Technologies.  “AI is used in a wider context with a desired ultimate goal in mind. But most customers would actually need automation to start with.”

When it comes to automation, machines that can perform a repetitive simple activity with no variation between each action are created.

Roy explains, “Once you tell an automated system what to do, it keeps doing that one function until you tell it to stop. With AI, you develop a machine that can mimic human behaviour and thinking.

“You don’t tell AI what to do, you point AI in a direction and ask it questions. From there, AI turns to the direction you pointed, looks for patterns, learns from what it sees, and provides answers to your question. AI is set to get even more advanced in the coming future.”

“Under cognitive is where most modern cybersecurity problems fall under,” he says.

Salama says, “It’s important to realise that AI does not stand alone. It must be developed, deployed, and utilised in the context of other disruptive technologies, especially Internet of Things and cybersecurity.”

Considering that AI is at its infancy, do channel partners have a role to play?

“Definitely,” says Veljovic. He believes channel partners can play a significant role is this area.

However to add value on how to automate and optimise processes, partners need to first understand their customers’ business comprehensively.

Veljovic adds, “There is still not enough industry specialisation of channel partners. Also, partners must acknowledge and truly understand that such opportunities are not short-term engagements with customers, but a long one. This could be even over a number of years. Identifying an opportunity is then actually easy, as every customer is an opportunity.”

According to Cisco’s Salama, the industry is gradually moving from being reactive and proactive to being predictive.

He says, “The key here is moving to that domain where we can predict problems and resolve them before it happens. Although the market is competitive, by identifying those vendors who will work collaboratively and support partners’ journey, the sky is the limit. Borders are disappearing and customers are globalising. There’s never been a better time to implement change, not just from a technology perspective but also social as new technologies create opportunities for people.”

Partners should take the time and initiative to understand the potential of this field. They must devise strategies as to how they can develop their existing expertise to complement a completely AI-enabled business environment, a future that is closer than we think.