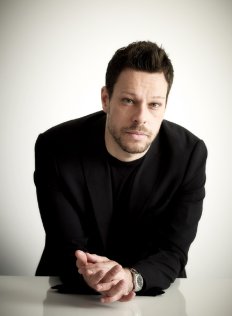 Automation existed for decades, inside and outside the IT industry, but, for the most part, it has always been adopted in limited use cases, enabling pockets of enhanced productivity rather than a systematic transformation.

In the last fifteen years, something has changed. We have seen the emergence of service providers designed from the ground up to capture the economy of scale via automation. I am talking about public cloud service providers, which grew so much to be known today as  “hyperscalers”.

Never in the history of IT, an organisation or a system has shown the world the merits of automation like hyperscalers have done in these years. The confidence in the approach that these providers have inspired is spreading across every sector of the IT industry, triggering a golden age for automation.

In the consumer market, you can see companies like Apple building a brand new automation platform -Shortcuts- distributing it for free on both iOS and macOS.

In the prosumer market, you can see automation startups like Zapier reaching over 3,000 integrations with the world’s most used SaaS solutions in the world. In the enterprise market, you can see analysis firms like Gartner projecting the Robotic Process Automation (RPA) segment as a $2B total addressable market.

In the cloud market, you can see hyperscalers like Amazon, Microsoft, or Alibaba, releasing new components like event buses to enable event-based automation.

The confidence in automation has grown also outside the IT software industry, paired with AI or robotics to solve use cases that seemed impossible to solve just a decade ago. So now you have self-driving cars like Cruise that have inaugurated their first passenger pick-up just months ago. Or drones startups like Sunflower Labs that offer autonomous surveillance of warehouses and other real estate assets. Or robotic startups like Miso Robotics that ship a kitchen assistant for restaurants.

And we are just at the beginning of the decade.

Again: the world is embracing automation like never before. But while all of this is happening in front of our own eyes, the narrative we often read in the press is that automation will steal and is stealing jobs from humans. And, because of that, there is an untold hostility towards automation solutions in the corporate environment, so much so that automation projects are sometimes stalled or sabotaged.

The described state of things couldn’t be farther from the truth: automation is a force multiplier for humans and people have realised it long ago. Let’s keep focusing on the IT industry to explain why.

In any IT organisation you have two opposite motions. On one side, the CIO, responsible for budget management, is engaged in a never-ending battle to make the IT environment more cost effective and yet more resilient. On the other side, the CIO’s deputies, responsible for the delivery of applications to the lines of business, are busy building an IT environment that continually grows in scale, complexity, and speed of execution.

Pundits and technologists love to talk about IT infrastructure scalability challenges and solutions, but almost nobody talks about IT operational scalability. The IT organisation almost never grows to match the growth in scale, complexity, and speed of the environment it’s called to manage. How do you solve that?

Automation is the only way to multiply the governance reach of the IT organisation while increasing the cost effectiveness of the IT environment.

And now that automation is becoming the cornerstone of many IT solutions, the demand for automation skills is exploding. Let’s use Ansible as an example, one of the most popular open source automation engines in the world.

Between 2014 and 2019, the job portal Indeed published a statistic showing how the demand for Ansible skills has increased 1292%. That was more than the demand for red hot skills like artificial intelligence and machine learning.

Fast forward to today: at the time of writing this article, I’m searching for job opportunities worldwide that include Ansible as a wanted skill on the LinkedIn job portal. I got back 151,573 jobs.
In the meanwhile, Gartner has been advocating for the creation of new positions like the Automation Architect for years now.

There is an ocean of opportunities for automation experts out there that never existed before.

So, the truth is that more and more IT professionals see automation skills as a career-boosting opportunity, one that comes around rarely. They are not stalling or sabotaging automation projects. Quite the opposite, IT professionals recognise those automation projects as the modernisation and innovation pillars for their organisations. It’s easy to see that whoever leads those projects has a chance to gain unprecedented visibility and recognition.