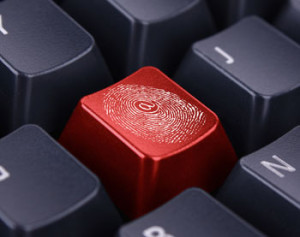 Advancements in cyber-crime has forced the industry to be more vigilant than ever. Though many organisations continue to bolster their security measures, many are still being breached effortlessly by anonymous hackers and cyber criminals.

Companies are now needing to take more advanced and detailed accounts of their data and information movement in order to present better evidence and analysis of data activity. In step AccessData, specialising in digital investigation software, capable of isolating and analysing specific memories. The company has recently made a stern effort to increase its visibility in the region by acquiring the distribution services of Advanced Risk Mitigation (ARM), which has just set-up-shop in Dubai.

Executive Director, Robert Brown, talks to Reseller about the opportunity for IT forensics in the region.

What is your business strategy in the Middle East, and why can you be successful here?

We have been working in Dubai now for just two months, distributing with AccessData only – though that’s not to say we won’t work with other vendors at some point. Previously, we had sales guys based out of the UK but it was far too intense for them in terms of overheads and stuff like that. So we brought the business over here.

It is challenging here because it’s a niche technology, but I like a challenge. We know how to do it, and we know how to do it fairly successfully. This region is now our main focus, it’s about trying to get out there and get people to spend some money. The challenge is that a lot of security vendors will be telling customers that they don’t need us.

But there has been some breaches here, and that’s good for the region, it’s made people see that they can’t sit back and wait – they need to get protected.

It’s important that we’re here because when you have big problems, it’s always the man on the street that suffers. Take the financial crisis in Cyprus, it wasn’t the big guy who suffered, they got the call and pulled their money out. It was the little guy that suffered, because they were unaware of what was happening. Had we got the call, we could have blown the whistle on these people and told them to put their money back in and support the economy. It’s time to give back to the little guy. Forensic Tool Kit does that. Real time analysis of a network, real time tracking of data.

Are people aware of AccessData, and why this technology is important?

AccessData was born out of Forensic Tool Kits (FTK) and has grown phenomenally. People want to be a part of the solution now, instead of running around trying to find out what happened when something goes wrong. It’s not about security alerts and sounding the alarm now, it’s about real-time analysis of true information in order to lay out exactly what is going on and why.

One thing it does, for example, is real-time recording. You can’t present logs in court, you can’t explain data logs and records to a judge, but show people a real-time picture and they’ll get it. That’s where this becomes so important. For example, use this magazine, if you wanted to take a new issue to market, but your competition sees what you’re doing, and beats you to print with a story, people will buy their issue, not yours. That’s why the News of the World was winning, it had the story first, not legitimately, but still. So you want to look over the network and see who has had access to it, what they’re looking at, when, why and what they’re doing with that information.

In the past, people would realise there was an emergency and just sound the alarm. They don’t know what the problem is, just call someone, anyone. Now, with forensics, we can know instantly, call the police, this is the problem. People are starting to realise this. It’s niche and difficult to take to market but it’s beginning to pick up steam here.

What importance does your role hold?

Like anything, you need to bring in people from the outside to do a high level of analysis for you. You can teach your own guys, but eventually you’ll need an outside to help with advice and guidance in order to deal with this kind of analysis. Why is this important? Take the BP spill for example; they would need a lot of information to defend their case to Wall Street. They would need expert help in locating and gathering this information in order to have a good view of what happened.

Having said that, we do certify people who wish to go it alone. We’ve been able to educate people to the required level to benefit from this technology in Africa, and the education level is a little higher here, so hopefully we will be able to reach a whole new level here. I mean, in Africa we did an installation in a place which had a hole in the roof.