As cryptocurrencies continue to gain momentum over the past few months, threat actors are employing numerous techniques to exploit cryptocurrency investors. Daniel Bardsley speaks to experts to discuss how the industry can be regulated to fend off fraudsters. 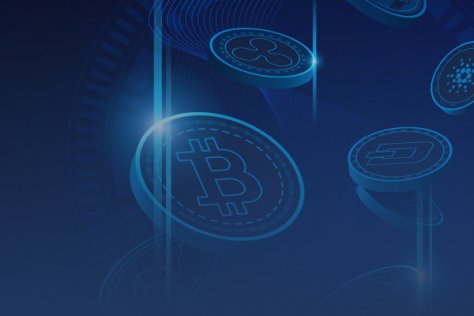 The United States president, Donald Trump, is never far from the headlines, and in July it was, among much else, his comments on Twitter about cryptocurrencies that were creating a stir.

Saying that he was “not a fan of Bitcoin and other cryptocurrencies”, Trump described the value of them as “highly volatile and based on thin air”.

“Unregulated crypto assets can facilitate unlawful behaviour, including drug trade and other illegal activity,” he said.

Aside from the question of whether cryptocurrencies do, indeed, allow underground activity to flourish, the cryptocurrency market remains caught up in multiple security issues.

In the UAE this was brought to light by recent false claims that Sheikh Mohammed Bin Zayed, the Crown Prince of Abu Dhabi and Deputy Supreme Commander of the UAE Armed Forces, had set up a Bitcoin trading scheme.

As media in the Emirates reported, the Facebook-promoted scam, which had no connection to Sheikh Mohammed, had asked people for $250 (Dh918) to sign up.

For example, reports from earlier this year said that the Financial Conduct Authority in the United Kingdom had seen a tripling in the number of cryptocurrency and foreign exchange frauds over the previous 12 months.

Yet another cryptocurrency-related scam was brought to light recently by the cybersecurity company ESET.

An ESET researcher unearthed fake cryptocurrency apps that impersonated the Turkish cryptocurrency exchange BtcTurk in an effort to get users’ login credentials.

The company reported that the fraudulent apps are able to get around two-factor authentication based on SMS.

In some cases, the cryptocurrency exchanges themselves raise concerns, which is perhaps unsurprising given the lack of regulation in the sector.

While many cryptocurrency exchanges do not indulge in underhand practices, some are said to inflate their trading volume.

Media recently said, for example, that one exchange registered in the British Virgin Islands was passing off trades that took place on another exchange as its own.

Indeed, some reports have suggested that the majority of trading volume reported by some exchanges is fake.

Alameda Research, described as a quantitative cryptocurrency trading company, has published findings that suggest that the trading reports of as many as 60 exchanges are unreliable.

“This is a sector in its very early stages; there’s not a lot of regulation and so on around the running of these exchanges,” says Professor William Knottenbelt, of the Department of Computing at Imperial College London.

“If you’re an exchange and you don’t charge fees on your transactions, you can put through fake trades by trading with yourselves as much as you like. You’re trading from one account to another and backwards. You’re just creating volume.

“There have been some very nice studies that [suggest that] up to 95 percent of the trading volume on some exchanges is actually fake.”

He says that the trading volumes reported by exchange is often “suspiciously regular” and follows a perfect sine curve, which is a curve that shows regular oscillations of the same amplitude.

By inflating their trading volume, exchanges improve their position in rankings, meaning that they will be better able to charge higher rates to cryptocurrencies that are keen to be listed.

“Until they get regulated like other financial exchanges, this is probably going to be a problem, at least for some exchanges that don’t have proper transaction fee policies.”

The way that cryptocurrencies are traded “on several exchanges that are all over the world” makes regulation difficult, according to Dr Andrea Baronchelli, a senior lecturer in the school of mathematics, computer science and engineering at City, University of London.

“It’s clear it’s difficult to have control of all of these exchanges. I would say that these markets are more difficult [to regulate],” he says.

“How markets are providing their data is something you don’t control. It’s easy to imagine in some cases transparency can be altered and the volume [claimed] is the sum of the volumes reported or measured in all these exchanges.”

Another reason why the cryptocurrency markets tend to spark concerns may be the type of people involved, according to Professor Olinga Taeed, director of the Centre for Citizenship, Enterprise and Governance, a think-tank focusing on the movement of non-financial value.

Taeed says that the way that markets came out of the initial coin offering (ICO) world, which is rife with scams and hacked money, helps to explain why cryptocurrencies are often tied up with fraud.

“These same actors, they started moving heavily to the exchanges. The exchanges are where everything goes through. It’s no different than in the ICO world,” says Taeed, who was recently appointed by China’s Ministry of Commerce to the China E-Commerce Blockchain Committee.

“The exchanges are generally unregulated and full of extremely bad actors – the same people who were doing scamming of ICOs.”

Taeed says there are also “cultural factors” at play, with many of those involved in the market being aged under 30, or older individuals looking to make money in a new field.

Parts of the cryptocurrency sector are, however, regulated and reliable, with Dubai having been particularly enthusiastic to embrace the legitimate opportunities of blockchain.

For example, the emirate has the Habibi coin, which is Shariah compliant, and the BitOasis cryptocurrency exchange.

Also, the government in Dubai announced two years ago that it was creating what was described as the first state-issued cryptocurrency, emCash.

None other than Facebook recently announced its intention to launch a digital currency, Libra, although this plan drew the ire of politicians concerned that the company, affected by numerous data scandals, was not sufficiently trustworthy.

Indeed it was Facebook’s proposal that seemed to have sparked Trump’s Twitter tirade against cryptocurrencies, as he went on to direct his fury at the plan. The US president said that Libra would have “little standing or dependability” and added that “if Facebook and other companies want to be a bank”, they should seek a banking charter and become subject to banking regulations.

So will things ultimately change so that the cryptocurrency markets achieve the level of regulatory oversight seen in other financial markets?

Baronchelli for one thinks that a tightening of the regulatory regime will be difficult to achieve.

“Who is the regulator here? The problem is these markets are everywhere. Who should regulate them? What entities [operate] on such a scale?” he asks.

Taeed says that a cryptocurrency market that was subject to heavy regulation, if such regulation could be achieved, would lose some of its purpose for existing.

“Any regulation will dampen the spirit of what it’s all about. The regulators want to bring it under a financial instrument to protect the public. The whole point of crypto was to be anti-authority, anti-establishment,” he says.

Regulation would lead to a situation where, instead of using cryptocurrency, “you may as well use cash”, according to Taeed.

“The head of Facebook is saying, ‘Yes, we want to be regulated.’ In that case, what’s the point of that? All they’re doing is making a Facebook PayPal,” says Taeed.

“So Facebook has had a lot of hostility from the crypto-market because it doesn’t have the ethos of being a rebel.”