LinkedIn chief data officer and vice president of engineering Igor Perisic tells TahawulTech.com how he believes organisations can “do AI”, why he is undecided if machines will supplant humans in the workplace and how data is helping the world – and LinkedIn’s 562 million users – get hired.

As LinkedIn’s chief data officer and vice president of engineering, Igor Perisic is aiming to set a benchmark for a role that is still in its infancy within the majority of global enterprises. “It goes without saying that corporations are generating a lot of data,” he says. “Where it sits in the organisation doesn’t really matter, but it just needs the organisation to pay attention to it. Some organisations are doing lots with their data, and others aren’t doing as much. They need to be principled about what data is and what it isn’t.”

Put simply, Perisic’s role is to create information from otherwise idle data in order to help people get hired. However, the unavoidable irony of technology-induced job losses lingers on the horizon. “It’s really hard to predict where the edge will be with unemployment,” he says. “I’m agnostic to be honest. The World Economic Forum believes AI will be a positive in creating jobs, but I have no way to say yes or no. I think it will be a positive, but we need to be careful that the rich don’t get richer and the poor poorer.”

The second time Perisic has visited the Middle East, he is “hugely excited” to explore opportunities in Dubai. “I’m amazed by its international aspect,” he says. “There are so many different cultures, which is not as common in the US and Europe. We want to get a better feeling for what people are doing here, and part of that means we’ve been spending time with Microsoft.” The firm was acquired by the software giant for $26.2 billion in 2016, and Perisic has been working closely with the Redmond firm both on his regional visit and back in the United States. “Microsoft benefits us on multiple fronts,” he says. “Their AI research is very advanced, and we can make use of the best practices they use in building AI models.”

It’s really hard to predict where the edge will be with AI and unemployment. I’m agnostic to be honest.”

In simple terms, Perisic has a profound purpose – to put information to effective use to increase global employment opportunities. “LinkedIn’s vision is to create economic opportunities for every member of the global workforce, and we’re using data to pursue that vision,” he says. “Networks are a fundamental part of a professional career, and it’s about about using those networks to make decisions to help find what is what needed for a job. We’re using AI to analyse trends like the effect of migration on the labour market and job transitions. We collaborate with institutions to get anonymous data that helps us with that. We want to understand patterns in data to create economic opportunities for our members.”

As organisations across the world grapple with how to put their data to effective use – Veritas estimates that as much as 81 percent of UAE enterprise data is currently “dark” – the quest to make sense of artificial intelligence is swiftly gathering pace. To many, the concept remains a misunderstood buzzword, and Perisic believes that many organisations have got ahead of themselves in their quest to use intelligent machines in the comprehension of data.

He is keen to dispel myths around AI, and to ensure that Middle East organisations don’t fall victim to myopic, aimless strategies that could prove fruitless. “Some individuals have a perception that AI is just an algorithm space and deep neural networks, but AI success actually has three main components: data, a goal that you want to achieve and algorithms,” he says. “If people want to ‘do AI’, they need to assess all three things. They’re all equally important. If you want to ‘do AI’, you can’t do it without data. AI is meant to be a solution that helps you achieve goals, but you could get it wrong if you have the wrong goal to begin with. People end up picking up what seems nicest at the time but that doesn’t always make sense.

“An example of intelligent AI would be helping me to think of things I can do as a new visitor to Dubai. Putting AI into the context of myself, the business activity here is suggesting things that I would like based on my preferences, and filtering out the tonnes of other options.”

Global excitement around AI has been incessant over the last two years, but Perisic is determined to keep his feet firmly on the ground around what can be achieved in terms of autonomous, intelligent machines being able to mimic the human thought process. “AI, fundamentally, needs code or algorithms, and they provide intelligent answers,” he says. “People misinterpret that as consciousness. If you imagine a ‘dumb’ system that has a trillion questions and answers built in, for all intents and purposes, it’s undeniably brilliant. But is a pure matching of questions and answers truly intelligent? It’s like the Turing test. It doesn’t mean that you’ve built AI that can cook eggs and do things autonomously. Still, with the compute power that we have, we can build more and more intelligence.”

He even goes one step further, saying that delivering AI that is capable of replicating human thought processes is a nigh on unachievable feat. “I don’t believe autonomous AI will ever exist,” he says. “You and I operate on multiple levels in our brain. We can deal with that. I have a hard time believing that with current models we could deliver such a system that can operate in the same way.”

He does, however, believe that AI will be a crucial tool in the ability to combat some of the most pressing issues facing mother earth, as well as transforming humanity’s economic output in the long-term. “The world will be much more efficient in way it uses resources as a result of AI,” he says. “Around 30 years ago, cars had virtually no electronic components, but now that’s completely different. In 30 years’ time, I believe we’ll be much more efficient around climate change. Goods and power will be managed more efficiently, all through AI. I also believe the world of work will be more interesting. A lot of people are creating insights for data, and with AI can you dig in much more and be more strategic. It will be interesting to see how we can push that.”

The United Nations estimates that 68 percent of the world’s population will live in urban areas by 2050, and this predicted rise will inevitably test cities’ abilities to streamline transport, utilities and public services, as well as making them more inhabitable for citizens. The effective use of information will be key in building the metropolis of the future, but identifying specific goals must be the top priority of governments, according to Perisic. “We need to define what the ‘happiest city’ is first before we attempt to build it,” he says. “Does it mean taking the quickest possible route to work? A smart city sounds nice, but it’s based on machines that collect mathematical functions, and the translation of objective functions to a goal is key. If you don’t have this sorted, the algorithm is potentially the least important element. You need to crawl before you run, and if you don’t it could lead you to dead ends. Start off with simplicity and and then get more complex.”

Perisic adds that building a smart city that satisfies the needs of the majority is not only unlikely, but is also dependent on culture and geography. “In Switzerland, people use public transport like there’s no tomorrow,” he says. “The US doesn’t as much, so there’s a different emphasis on how they build cities. In Dublin, it’s getting harder and harder to get in and out of the city centre because of traffic. The city probably wasn’t built from a transport point of view. Sometimes, it’s a really hard thing to balance, and needs sensibility. In London, for example, you pay extra tax for going into high congestion zones.”

Recent PwC research has claimed that AI will contribute as much as $96 billion a year to the UAE’s GDP (13.6 percent), and $135 billion a year (12.4 percent) to that of Saudi Arabia by 2030. Perisic believes the figures invite further questioning, but could be easily justified. “The McKinsey Global Institute believes that AI could add $6 trillion a year to the global economy, which is a similar prediction,”he says. “They’re significant numbers, and it would be interesting to see the new business models and specific ways PwC believes things can be optimised through AI.”

Perisic believes the Middle East region is fertile ground for the disruptive, effective use of data and AI. “The Middle East should be prioritising AI,” he says. “There are plenty of opportunities to use data from smart cities and smart grids. I still find it hard to believe that countries across the world haven’t rolled out smart traffic lights. A lack of data could be a reason as to why. If you don’t have data at the right granularity, you can’t act upon it in some cases.” 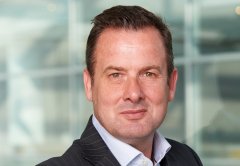 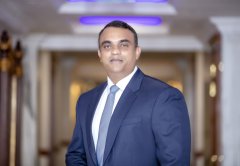 Is SD-WAN the Super Glue That Will Bring 5G and All the Edges Together? 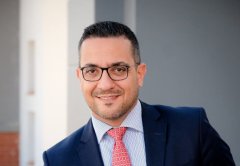