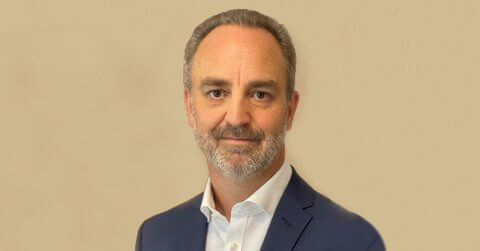 There’s no two ways about it – the last few years have been a bumpy ride for us all. 2022 especially will go down as one of the most tumultuous years in recent times, raising numerous issues that look set to fundamentally transform the landscape of business and society for years, if not decades to come.

Technology has been no exception to that disruption, encountering significant challenges of its own – from privacy and accountability concerns, to growing sustainability and regulatory mandates. But by and large, it continues to present huge promise at a time when certainty and reliability is otherwise in short supply.

Cloud and digital communications are powering its unfaltering growth, first and foremost. But with so much pressure to innovate, finite financial resources with rising costs and an increasing drive for more effective governance, IT leaders’ list of priorities shows no sign of shortening in 2023.

So, with that in mind, I’ve pulled together a list of the top ten areas I think IT leaders are likely to be drawn to – and that businesses need to prioritise – in 2023:

1. Even by accident, people will be more sustainable: Pressure to improve an organisation’s environmental sustainability continues to grow. With the acute rise in energy costs, everyone, consumers and businesses, are looking to reduce costs. For consumers this might be a hot water bottle and for businesses, this includes things such as running data centres on renewables. However, with the impending Corporate Sustainability Reporting Directive (CSRD) in the EU sensible decision makers are starting to prioritise reduced overall energy consumption, making use of tools that instil accuracy and accountability when it comes to achieving sustainability goals. We along with our partners are helping our customers reduce energy costs and carbon emissions and recognise how important it is that progress can be measured. Here can you see how we are applying a ‘green score’ to do this.

2. Businesses will be defined by the way they work: The battle between those who advocate ‘everyone in the office all of the time’ versus flexible working rages on. It’s even more heightened in our digital world, where employees still hold much of the power; making it clear they’ll search for a new job if they can’t choose their own approach. Whatever our personal stance, trying to force people to go one way or the other will define an organisation’s IT strategy, and therefore its future. Business leaders must agree what’s next as there’s is no going backwards on the progress made in hybrid working. And these are pivotal times as company reputations will be defined by these decisions.

3. It will become unfashionable to be cloud-first: But it will become fashionable to be cloud smart. According to our Multi-Cloud Maturity Index, cloud for many has become chaotic and complex, which is slowing them down. The most successful leaders won’t build their strategy around the cloud, but instead on building powerful distributed apps (including to the edge) as these are what will drive differentiation in the market. It’s then up to their IT infrastructure and architecture teams to establish which multi cloud approach will give them the capabilities they need to build and sustain those apps, the customer and employee experience.

4. AI will be used for better decision making: The use of AI to support better informed decision making will undoubtedly continue to increase. But with growing regulation and governance, and a deeper understanding of AI-bias, its use will be tempered with caution around when and for what decisions it is being used and, importantly on what data sets. No-one wants to end up like the major credit lender that was hauled over the coals a few years ago for its algorithm that was giving men significantly higher credit scores than women – due to outdated data. However, there’s no doubt that hype will continue to grow as AI gets into the hands of more and more non-techie people with the release of exciting tools like ChatGPT.

5. Taking baby steps to ensure robots and humans can interact, safely: On that same vein of technology meeting with humans, Robots have started to move out of the factory and are now interacting with humans, with mixed results and plenty of criticism. Food delivery robots are being rolled out across the UK and Tesla is now almost 12 months into their Full Self-Driving beta programs in the US, it’s time to take a few deep breaths and take stock. While there have been a few crashes, let’s be honest…how many times have Deliveroo drivers run into someone on their mopeds? Instead of rushing to turn robots into heroes or villains, 2023 will be the year we evaluate the huge amounts of data we are collating and apply lessons based on their initial machine-to-human interactions, to ensure they enter the human realm safely.  We are a long way from full robot – human integration but baby steps will be required for continued progress, without the alarmism that has become synonymous with robots.

6. Focusing on transferable tech skills to move at pace: While there are constantly ‘new’ technologies, tools and programs entering the market, nothing is ‘absolutely new’. It’s almost impossible to adapt skillsets to how fast the world is changing; Universities just aren’t pumping out multi-cloud architects, and security experts don’t automatically understand new threats. Rather than focusing on platform- or technology specific skillets and capabilities, there needs to be more focus on skills that are fundamentally transferable between existing and new technologies and build upon the years of experience we’ve already amassed. If people have the basics down and their intentions are right, there can be more transference of skills to support the digital economy.

7. Still searching for that killer ‘metaverse’ app: The Metaverse or some version of it has been on everyone’s trends list for the past decade with big brands promising to deliver a world changing virtual reality experience. Unfortunately, it’s still not materialised and as such people are losing confidence. From where I sit, the potential to revolutionise is certainly there but we’re still yet to find that killer use case that will really engage and change people and hook them into repeated visits and experiences.

8. Death of the super-app dream: Rather than the move towards a super app, more fragmentation is happening in the market. Look what’s happening in social media with Twitter, and the rise of Instagram and now TikTok.  Until now many have been fixated on the rise of the super-app, which given consumer demand for smooth and seamless experiences is understandable. But EMEA isn’t China, and so a European version of WeChat is unlikely to take hold. It’s pretty clear evidence that super-apps just won’t happen – people want apps that do specific jobs and do them well. So, if anything, we’re likely to see even more fragmentation in 2023.

9. Using commodity hardware to overcome supply chain issues: In a world where things are changing hour to hour, waiting 6+ months for specialist equipment just isn’t an option. Some have already started finding their way around this issue by purchasing commodity hardware that‘s far more readily available, and then investing in specialist software to deliver what they need quickly and efficiently.  This focus on software-defined and enabled will continue.

10. Even blurrier lines between telco and cloud providers: Telco companies have already been building clouds for years, but as the drive towards distributed applications, choice and a highly flexible environment increases, we’ll start to see more cloud companies get into networking, infrastructure and customer-site management. The already blurry lines between the two are only going to get even blurrier.   A battle is brewing…