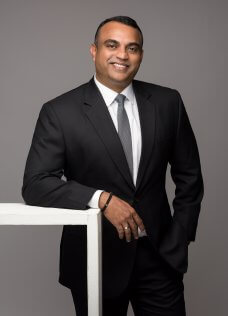 Over a decade ago, enterprise flexibility was a “nice to have” for many businesses – considered an additional competitive advantage rather than an imperative, and certainly not at the top of the corporate agenda.

Fast forward to 2022 and flexibility now equals survival. As distributed workforces becomes the long-term reality, change is our new constant and flexibility is no longer optional. Today’s increasingly remote and hybrid workforces have created new issues for IT teams, who are already under huge pressure to ensure that enterprise networks remain reliable, secure, scalable, and compliant. Put simply – the importance of a resilient network has never been more paramount.

According to Deloitte, these new networking demands are one of the key factors driving the need for more flexible consumption models from IT services providers. Their findings show that the pandemic has accelerated a shift towards as-a-service offerings – three-quarters of their IT leader respondents reported that they were running half of their enterprise IT as-a-service. As the report states, “XaaS seems to have won enterprises’ hearts, minds and wallets”.

Aruba’s own recent research confirms this surge towards new service models. Our report, featuring insights from 5,400 IT leaders across EMEA, shows how organisations are adjusting to increased flexibility needs and why Network-as-a-Service (NaaS) may well become the consumption model of choice.

Digital transformation in the post-pandemic era is drawing IT leaders towards network models that are more agile and adaptable. Our research found that when it comes to network management goals, businesses are prioritising the need to scale up quickly, as well as the desire to better align network and business needs. On top of this, access to new technology was named by 72% of our respondents as one of the top four drivers for network investment.

However, this desire to adopt new technologies and better flex and align the network will require both IT staff who are equipped to captain these changes, as well as a network that can enable it. Enter NaaS. Our research revealed that 100% of the surveyed technology leaders are already familiar with NaaS as a term, and – more significantly – that it’s being discussed in some capacity within 86% of companies. And it’s not hard to see why…

As companies continue to transition in and out of lockdown, one of the main factors driving the spike in conversations around NaaS is having the flexibility to scale the network based on business needs – with 75% of companies stating this has triggered their interest in the model. The appetite for NaaS adoption is also underpinned by the expectation that NaaS can free up IT team time for innovation and strategic initiatives, as well as reduce operational costs.

Indeed, NaaS enables companies to own, operate, and manage a network and its associated services without actually buying the infrastructure. For companies struggling to keep up with the associated costs around ever-changing technologies, choosing NaaS could be an effective and viable solution.

The ability for enterprises to approach infrastructure as an operational expense provides certain balance sheet advantages as well. With budgets already likely strained after two years of unprecedented turbulence but particularly in light of recent inflationary pressures, the outright purchase of networking technology might not be an option. NaaS is delivered, via subscription, through a cloud model to offer a high level of choice in terms of the services offered, pricing, availability, features, and more. When companies experience a surge in user-base or services, they can easily scale up their network resources to meet these demands. Essentially, the NaaS paradigm addresses the need to pivot quickly – a concrete requirement of the next decade.

Our research suggests that security has also been driving the increased appetite for NaaS, with 65% of our respondents believing it will help them enhance their abilities in this area. Indeed, NaaS is a good way to guarantee tighter integrations between networking resources and network security. The outsourcing aspect of the NaaS model allows companies to offload their security responsibilities for more secure, expert backed NaaS services. NaaS adoption will also mean that IT teams no longer have to use network manager tools and outdated hardware – instead challenging their provider to ensure they have the most up-to-date solutions serving their business.

What’s more, NaaS makes it possible for a single provider to offer both networking services and security services like firewalls. For businesses failing to keep pace with ever-evolving cyber threats, switching to NaaS can ensure their threat defence is in safe hands.

Despite the clear benefits, our research also showed that barriers to implementation still remain. While there is widespread recognition of NaaS as a concept, only 2 in 5 technology leaders said that they truly understand it. It is perhaps unsurprising then that only 11% of leaders see it as an established and viable option for businesses today.

But NaaS can provide lower entry costs and greater flexibility as well as offer easier customization to one’s needs. It can also deliver improved IT staff resilience, agility, and line of business support, faster access to the latest technologies and better quality of service. In order to make this a reality, however, we need to bridge the gap between awareness and knowledge – unlocking the true potential of NaaS. That’s the next battlefield for those of us in the industry.