Network Function Virtualisation has the potential to profoundly change the way networks are built out and managed. Service providers hope to benefit from NFV by reducing start-up costs and the costs associated with network operations – both CAPEX and OPEX. 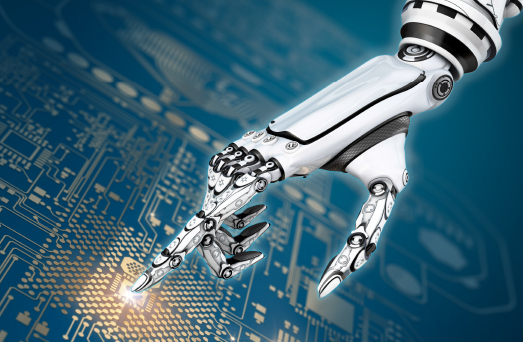 Companies that look towards a future with NFV are often aware of the many potential benefits it has to offer. Decreasing cost, increasing flexibility, and creating a more agile and scalable network are just a few of the characteristics that draw companies towards NFV. However, Adrian Pickering, VP, Middle East & Africa, Juniper Networks explains that not only is NFV a fiscally attractive choice for telecommunication service providers, but it is also an increasingly necessary one.

“Service providers’ networks are populated with massive and ever-varying types of proprietary hardware appliances,” he says. “To launch a new network service is becoming increasingly difficult and slow within a traditional architecture; compounded by the increasing costs of energy and capital investment challenges, it is becoming more difficult to integrate and operate increasingly complex hardware-based appliances.”

The major difference between NFV and full network virtualisation, as the nomenclature suggests, is with that NFV only the functions of a network are virtualised, not the entire network. As Yarob Sakhnini, Regional Director, Brocade explains, “Standard IT virtualisation technology is used to consolidate various network equipment onto servers, switches and storage located in data centres, network nodes and end-user premises. NFV is applicable to any data plane packet processing and control plane function in mobile and fixed networks.”

As with any new technology, NFV comes with its own set of unique challenges and obstacles that companies must consider if they plan to adopt it. Amongst these challenges is the need for new and dedicated servers which can be a costly investment. When dealing with networks, both digital and physical, security is always a concern, as are issues with management, computing performance and portability. To any company staying on the cutting edge of technological trends, this list of potential challenges comes as no surprise.

The main challenge of migrating to a NFV infrastructure is that of demand. “At the same time that bandwidth demand has increased steadily, revenue per user is in general decline and the price point for M2M connectivity remains low,” says Ramy Boctor, Chief Technology Officer, Vodafone Qatar. “More infrastructure investment and growth are needed to expedite the virtualisation process.” Essentially, companies will need to find the most efficient way of utilising existing systems while transitioning into an NFV environment.

It is important to consider that not all elements of a network may be ready for conversion to the NFV model. “Link layer transmission systems, such as optical or microwave transmission systems,” says Bashar Bou-Diab, Sr. Consulting Engineer, IP Routing – EMEA, Alcatel-Lucent, “are rather virtualised using SDN technology on proprietary hardware due to the unsuitability of running these functions on COTS hardware.”

Pickering goes on to highlight the significance of organisational alignment for a company adopting the NFV model. “Current silos, network, IT and business divisions will have to evolve with the new culture, new skills and methodologies that the NFV model brings to the table. One example of this would dev-ops.”

The adoption of a new network model will affect nearly every aspect of a company, and there are many elements that must be considered before making the change. Sakhnini details the challenges companies in the Middle East face when attempting to adopt new technology. “Introducing new services is not an easy task for telecommunication companies and service providers in the Middle East. Launching a new service entails new hardware involving large capital investment, more data centre space, and increasing energy costs. In addition, the problem is compounded by the shortage of skills required to design, integrate and operate complex hardware appliances.”

There is a danger, then, of stifling a company’s innovative power. “The pace of innovation in technology and services shortens hardware life-cycles making the roll-out of new potentially profitable network services prohibitively costly which is an obvious bottleneck for innovation,” explains Sakhnini.

Fortunately, there are cost savings to offset such drawbacks. NFV has the potential to create a new paradigm in the networking industry by enabling telco operators and service providers to speed up application and service delivery to their customers. Virtualisation provides the benefit of being able to host multiple applications on a single server, providing significant cost savings.

Cost saving is certainly a key benefit for any organisation looking to adopt an NFV model. Pickering explains where a company can hope to save money by utilising NFV. “Virtualising network functions could offer many benefits including reduced equipment costs and reduced power consumption through consolidating equipment and exploiting the economies of scale of the IT industry.”

Spending less on equipment and power consumption can offer companies an opportunity to reduce costs, but the benefits of NFV are not limited to the bottom line. Pickering goes on to explain, “Increased speed of time to market by minimising the typical network operator cycle of innovation, availability of network appliance multi-version and multi-tenancy, which allows use of a single platform for various applications are also notable benefits companies can expect from the NFV model.

Constantly changing market conditions, rising operating costs and decreasing revenue are motivating many companies to virtualise existing functions. Bou-Diab details why the move to NFV helps companies stay agile in a volatile and fluctuating market. “NFV empowers service providers to innovate with new service offerings, to speed deployments on a massive scale and to expand into new markets.”

Pickering agrees. “By leveraging the principles of cloud computing, network service providers can deliver a level of responsiveness never before available, easily scaling capacity up or down to meet the evolving needs of their subscribers,” he says.

With the benefits and costs laid out on the table, the final thing companies in this region need to consider is whether or not the Middle East is ready to adopt an NFV model. On this issue there seem to be varying viewpoints.
Some are confident that the Middle East is ready for the adoption of the model. “The great thing about the Middle East is that most enterprises are not bogged down by legacy infrastructure and therefore regional companies have the capabilities to leapfrog their counterparts in other parts of the globe that are saddled with legacy technologies. Most projects here are ‘greenfield’ and it is easier to adopt new models like NFV and SDN which are technologies that will futureproof the network,” says Sakhnini.

However, there is some hesitancy from some who are more cautious about the region’s ability to truly adopt an NFV model at this point in time. Pickering agrees that the region is fresh to the technology scene, but points out a regional pitfall. “In the Middle East, we have seen true advancements of new technologies such as NFV and SDN over the last few years. However, in most cases, these have been verbal commitments by IT managers with no actual implementations taking place. The truth is that the technology in the region is still in its infancy and it will be at least another two to three years before we see this technology rolled out.”