The Dubai Electricity and Water Authority (DEWA) has continued its efforts to support the Smart Dubai initiative by using advanced technologies such as artificial intelligence to make the emirate the smartest and happiest city in the world. 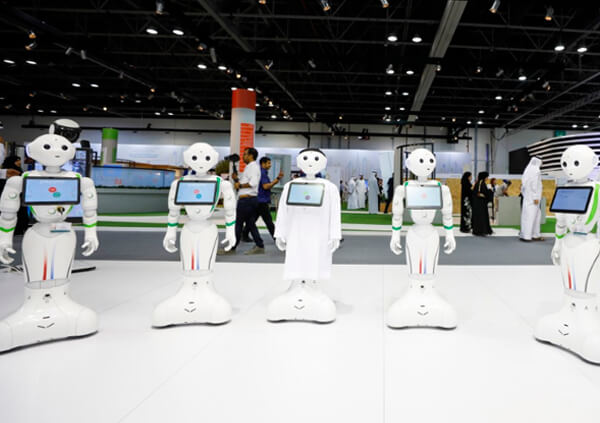 Among its varied efforts, DEWA has embarked on an ambitious move to leverage AI technologies to consolidate energy sustainability and efficiency through the launch of ‘Digital DEWA’. The authority’s digital arm set out to redefine the concept of a utility and become the world’s first digital utility with autonomous renewable energy storage systems via the integration of AI.

Digital DEWA is based on four pillars: the launch of state-of-the-art solar technologies; the operation of a renewable energy network using innovative energy storage technologies; the expansion of integrated AI solutions; where Dubai will be the first city to provide electricity and water services using AI technologies, in addition to the Moro platform to deliver digital solutions locally and globally.

DEWA is also working on the implementation of pioneering and innovative projects, including a 250 MW pumped-storage hydroelectric power plant in Hatta, the first of its kind in the Arabian Gulf region. The plant has a life span of 80 years. Meanwhile, the green hydrogen pilot project will produce hydrogen using clean energy, the first of its kind in the Middle East and North Africa. The hydrogen produced will be stored and then used in various fields.

DEWA was among one of the first government organisations to deliver all its services through multiple smart channels, in line with the directives of Sheikh Hamdan bin Mohammed bin Rashid Al Maktoum, Crown Prince of Dubai and Chairman of Dubai Executive Council, to transform the government of Dubai into a fully smart model and make it the first paperless government by the end of 2021. To date, the adoption of DEWA’s smart services has reached 94 percent.

DEWA has also launched its virtual employee Rammas on its smart app, website, Facebook page, Amazon’s Alexa, Google Home and robots. Rammas learns and understands customers’ needs based on their enquiries while analysing these enquiries based on available data to accurately answer and streamline transactions with ease. Since its launch in the first quarter of 2017, Rammas has responded to over two million requests and queries through various channels. DEWA recently added the instant voice chat feature to Rammas in both Arabic and English, through its smart app, so that customers can get instant answers.

DEWA’s verified WhatsApp account (046019999) is another important addition to its array of smart channels that enable effective communication with customers. The step is a new milestone for DEWA, which became the first government organisation in the UAE to obtain a verified WhatsApp business account.