One in six people check their mail inbox even while watching TV, according to Adobe’s 2018 Consumer Email Survey. 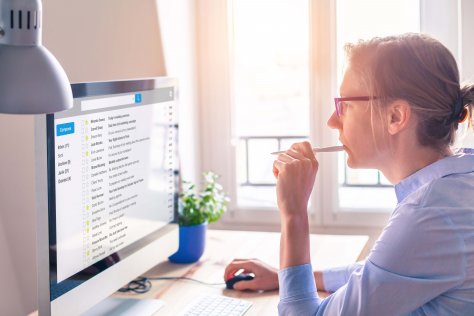 Despite the increased intrusion of social media in our lives, love for emails remains strong with people checking personal email while watching TV (60 percent), using the bathroom (40 percent), talking on the phone (35 percent), working out (16 percent), and even driving (14 percent).

The survey also found that consumers are checking personal email an average of 2.5 hours on a typical weekday. On top of that, they’re spending an average of 3.1 hours checking work email.

In addition, people aged 25-34 spend the most time in their inboxes—a whopping 6.4 hours per day compared to 5.8 hours among 18- to 24-year-olds, and 5.2 hours among those over 35. But the 18-to 24-year-old crowd seems to be the most obsessed with their work email—more of them check it on vacation (81 percent) than any other age group, more check before they get to the office (81 percent), and more are focused on reaching inbox zero—that magical moment when you have no unread messages (68 percent).

Adobe noted that one of the reasons why email is so ingrained in people’s lives is because its manageable—we can sort, file, filter, and generally get things done. It’s also a known, safe quantity. We’re familiar with how to make email work for us, and we feel confident about the privacy of our data.

Email was found to be the most preferred channel, beating out channels like direct mail (20 percent) and social media (seven percent).

However, 37 percent of respondents wish that emails should be less promotional and more informational, while 27 percent desire that emails need to be personalised according to the recipient’s interests, the survey said.