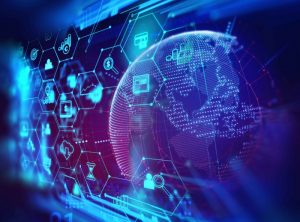 Mohammed Al Gergawi, Minister of the UAE Cabinet Affairs and The Future and Vice Chairman of the Board of Trustees and Managing Director of Dubai Future Foundation, said that Dubai has become an ecosystem for innovation and the future economy, and a preferred global destination for conferences and exhibitions focused on future sectors and emerging technologies, according to a WAM report.

He said this while speaking about ‘The Abundance 360 (A360) Summit’, which will be held in Dubai on March 26-27, 2019.  According to the organisers, Abundance 360 is Peter H. Diamandis’ highly curated group of 360 CEOs, public sector executives, investors, and entrepreneurs committed to transforming their organisations into exponential, abundance-minded enterprises.

“Hosting Abundance 360 Summit for the first time in the Middle East under the patronage of H.H. Sheikh Hamdan bin Mohammed bin Rashid Al Maktoum, Crown Prince of Dubai, Chairman of Dubai Executive Council and Chairman of the Board of Trustees at Dubai Future Foundation, underscores global confidence in UAE’s position and Dubai’s emergence as a global hub for innovation and entrepreneurship,” he said.

Al Gergawi added, “As A360 discuss the future of emerging technology and its impact on many of major economic sectors, Dubai will serve as a platform to connect, share knowledge and experience, and build global partnerships that support the efforts of building the future.”

Held in Dubai on 26th-27th March, A360 Summit is expected to bring together world-class thought leaders, scientists, experts, executives, innovators, investors, government leaders, and entrepreneurs, to collaborate and design the future of the technology and innovation sectors as well as to share experiences and best practices across respective areas of expertise.

The summit will ​​include five main sessions and two interactive panel discussions that highlight the future of various sectors such as the Internet of Things, sensors, quantum computing, artificial intelligence, robotics, virtual reality, augmented reality, 3D printing, blockchain, the future of longevity, the future of cities.

It highlights the impact of emerging technologies across various sectors of the economy including the future of finance, real estate, consulting, healthcare, software, venture capital, manufacturing, public services, and retail. The summit will also discuss best ways to keep pace with the latest advances in technology and highlight the existing opportunities to develop multi-billion-dollar projects and develop new markets and sectors.