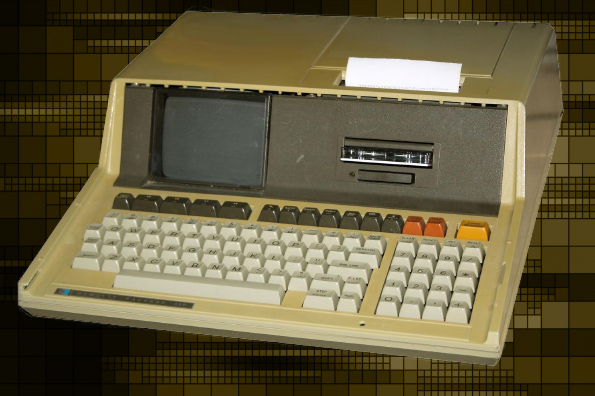 The HP-85 personal computer was a totally self-contained, portable system for the technical professional or the beginning small-computer user. The HP-85 was based on an 8-bit microprocessor and combined an alphanumeric keyboard, CRT screen, thermal printer tape drive unit, user read/write memory and a ROM operating system in one portable package. It had 32K ROM and 16K RAM.

The 85A was a small, low-cost, fully integrated computer with built in six inch CRT display, tape drive and thermal printer. The display (and printer) had a graphics resolution of 256 x 192 dots and displayed 16 rows of text, with up to 32 characters per row. The cartridge mass storage tapes could hold 210K data. The computer came standard with 16K RAM, upgradeable to 32K. The 85B replaced the 85A in 1983. It came standard with 64K RAM, expandable to 544K using pluggable ROM modules. The 85B also came standard with the mass storage ROM built in. The 85 was a very successful product for HP.