At CES 2017, Qualcomm CEO Steve Mollenkopf, predicted that the impact of 5G would be on a similar scale to the introduction of electricity. It was going to be revolutionary and would completely transform the world as we know it. 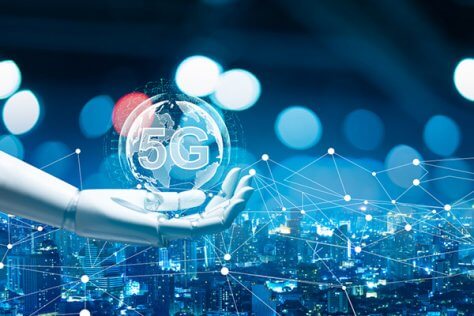 Three years have now passed since Qualcomm’s CEO made those comments during his keynote at the flagship technology event in Las Vegas, and we’re still yet to see any real progress when it comes to next-generation networks penetrating the mainstream.

You’d be forgiven for coming to the conclusion that 5G has been overhyped for a long time, and that many in the industry underestimated the scale of the evolution from 4G to 5G. It could well be towards the end of the next decade before the technology really comes to fruition. However, there are many commentators within the ICT space that believe that 2020 will be the year when the technology really moves from concept to reality.

The rollout of 5G networks will pave the way for a new era of connectivity that will enable businesses to flourish in our data-driven world. The technology will provide incredible data capacity and phenomenal speed that will fundamentally change the way we live, work and play.

In addition to the boost it will provide for mobile phone services, it will also be the fuel that will trigger a whole range of new technologies and services such as billions of connected devices, autonomous cars, smart cities, AI, VR and AR.

There have been some commercial deployments of 5G networks in the United States, China and South Korea, but they have been relatively limited and haven’t been without their teething problems. The number of deployments is expected to increase significantly in the next 12 months.

The early trials of 5G have been in terms of interactive experiences at major sporting events in the form of AR and VR – with the technology being deployed at the Winter Olympics in PyeongChang, South Korea in 2018. The objective of the 5G trial was to power a series of immersive sporting experiences at the world-famous sporting event.

Other sporting events have since utilised 5G in terms of enhancing the experience for attendees such as the US Open. However, the Olympic Games in Tokyo gets underway later this year, and the event has been tipped as the first major sporting event that will really showcase the revolutionary impact 5G technology can have.

“5G will enable a fully-mobile and connected society — unleashing human and technological possibility, and fueling business and financial opportunity,” said Asha Keddy, Vice President in the Technology, Systems Architecture & Client Group and General Manager of Next Generation and Standards at Intel.

“It will erode the boundaries between the physical and the digital to deliver personalised experiences and valuable services that will test the limits of our collective imaginations. 5G will take the industry beyond communications, bringing together wireless, computing and the cloud to create a unified technological foundation and a scalable global marketplace.”

One of the major challenges for telecommunication operators remains investment in 5G. Telco’s are acutely aware of the fact that 5G is the future, but many failed to yield a ROI in relation to 4G – and are therefore somewhat reluctant to make a huge investment until concrete 5G use-cases have been established. In Europe the main challenge is the issue of spectrum, with many countries having 4 to 5 operators which results in a cannibalisation of both the spectrum and investment made.

In the context of the broader business world it is critical that enterprises are ready and fully prepared to take advantage of the new technology. For 5G to become a reality, businesses need to replace fixed-function equipment with virtualised software-defined networks. Switching to the cloud will be vital as 5G relies so heavily on virtualisation.

The arrival of 5G will cause mass disruption and businesses must be prepared. The new technology will enable businesses to unlock the full potential of the cloud, which will allow them to gain new insights and to introduce new cloud-based applications. As a result, they’ll be able to provide more reliable services for customers,” said Keddy.

In terms of the Middle East, 2020 is set to be a historic year as Dubai hosts the region’s first ever EXPO. The UAE has promised that EXPO 2020 will be the ‘most connected’ place on earth with the futuristic festival lasting for six months from November 2020 until April 2021.

Etisalat named EXPO 2020 as its first commercial customer of 5G in 2018, and it has been reported that attendees will be able to enjoy the impact of 5G through a range of interactive experiences that will be available onsite.

Both Etisalat and Ooredoo are already undertaking live 5G trials on speed, equipment, latency and beam steering, with commercial launches expected in 2020. The early launches are expected to be based on 3GPP Release 15 and be deployed in dense urban areas as mobile operators look to offer increased performance and supplement existing mobile broadband capacity.

5G is undoubtedly set to reshape our lives, whilst providing both significant opportunities and challenges for businesses. While the 5G roll-out won’t happen overnight – 2020 should finally represent the beginning of a new technological era.