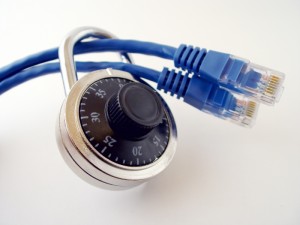 Today’s security threats span a broad spectrum of social engineering schemes, international hackers, and insider threats like the recent NSA breach. It’s easy to get overwhelmed by all of the potential threats and where money should be spent to keep up, let alone stay ahead of the curve.

“Security functions are getting only 70 percent of the resources that they need to do an adequate job” of securing the business, including hardware, software, services and staff, said Michael Versace, insights director of worldwide risk at IDC. “The hard stuff is in the next 30 percent.”

Meanwhile, worldwide spending on security infrastructure, including software, services and network security appliances used to secure enterprise, rose to $60 billion in 2012, up 8.4 percent from $55 billion in 2011, according to Gartner. That number is expected to hit $86 billion by 2016.

Security experts offer five tips for enhancing security that don’t cost a lot of cash – and sometimes no money at all – so companies can spend their security dollars on the hard stuff.

1. Patch security holes and identify vulnerabilities
Three of the top 10 botnets reported in February 2013 were more than eight years old, according to Fortiguard Labs, the threat-researching arm of network security firm Fortinet. In the most successful attacks, the majority of those threats had been identified and fixed by vendors years earlier, said Derek Manky, global security strategist. Companies need to keep patches up to date.

“We see this time and time again,” Manky said. “There are always software security flaws that hackers go after, and that’s how they get into systems – through attachments or a link to a website that got somebody infected. That usually happens through search engines like Firefox, Internet Explore, Java, Flash, Adobe Reader and Mozilla. So apply your patches, at least to these top targets.”

At a deeper dive, inexpensive vulnerability identification software will probe your systems looking for security holes and will help identify possible solutions.

2. Install your free firewall and anti-virus upgrades
A lot of people don’t realise their basic support contracts with most vendors for support, firewalls and anti-virus include free upgrades, said Andy Hubbard, senior security consultant at Neohapsis, a security services firm in Chicago.

“If you don’t have a strategy to revisit what the available technology is that you’ve already paid for, then you’re missing out on a lot of new features and enhancements” that could prevent a security breach, Hubbard said. “It only takes your effort to do the research. Call your vendor and revisit your firewall and anti-virus solution contracts.”

3. Keep up with BYOD
Personal devices in the business environment are here to stay. Yet 79 percent of businesses had a mobile security incident in the past year, ranging from malicious apps downloaded to a mobile device to unsecure Wi-Fi connections to lack of security patches from services providers, according to a June mobile security report by Check Point Software Technologies. These mobile security incidents cost companies between $100,000 and $500,000 in staff time, legal fees and resolution processes.

Organisations can improve mobile device security through BYOD agreements with users to ensure they take security precautions. The checklist should include installing available upgrades and patches; ensuring that each mobile device infrastructure component has its clock synced to a common time source; reconfiguring access control features as needed, according to the Computer Security Division of the National Institute of Standards and Technology.

IS teams should also periodically perform assessments to confirm that their mobile device policies, processes, and procedures are being followed properly. Assessment activities may be passive, such as reviewing logs, or active, such as performing vulnerability scans and penetration testing.

“There’s no way to know if you’re supporting business objectives unless you take the time to develop the security strategy and make sure they’re doing the most important things for overall risk reduction.

“Some of what we found would shock most people,” said Briggs. “We even find that in entirely regulated industries.” At one “very large” and highly regulated company, a critical platform was supporting the majority of revenue for one of its internal customers, yet it didnt have a defined security strategy or plan.

“Although they had massive goals for revenue growth for the use of that platform, they weren’t taking into account the end customers compliance requirements, but customers assumed they had this covered,” Briggs says. “They had no plan to map to the technology infrastructure or to the business growth that’s planned. That could bite them very easily” if the platform is breached or crashes.

The strategy and plan don’t require outside expenses, and, when complete, will reduce the overall cost of running the environment “because you’re doing things in a planned and repetitive way that improves security and reduces risk. If you get the right people in the room for a half-day session, you should have it 80 percent done,” she said. Those people should represent both the business and technology sides, as well as any other stakeholders.

“Most people do a one-year plan, and should answer the questions: What are the company’s business objectives? What risks are associated with those objectives? For instance, is the business highly regulated or do they perform financial transactions? What type of data resides in the IT environment? What technologies are already available to protect the data? And what does the budget allow for new technologies?”

5. Educate Employees
Successful attacks are usually ones that exploit the human mind.

“Humans are always the weakest link in the chain,” Manky said.

Education can help stop employees from falling victim to phishing attacks or pretexting schemes or careless use of login credentials, which accounted for three of the top 10 threat actions performed against large companies, according to Verizon’s 2012 data breach investigations report.

“Security training is not a one-time event. It has to be integrated throughout the entire organisation, and it has to come from the top,” she said.

When it comes to security, managers need to ensure that employees understand the security posture of the company from day one, Peeler says. They must be willing to sign confidentiality agreements, attend training and participate in ongoing awareness, all with the goal of remaining vigilant. 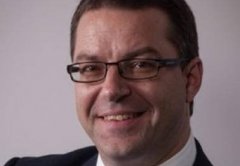 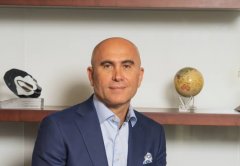