Gender equality and equal pay might be buzzwords on everybody’s lips, but when it comes to achieving either, there’s still a long way to go. 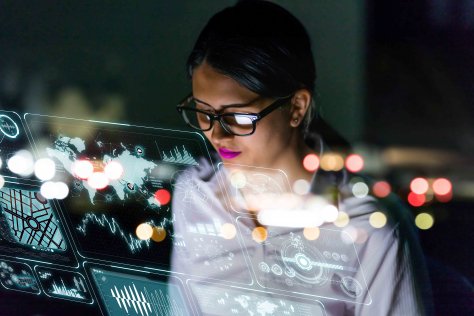 A research by the World Economic Forum revealed that the global gender gap will not close for another 108 years, and that it will take some 202 years to close the workplace gap. In the technology industry, we are still in low double digits for women in technical roles, and female leadership in tech remains around 5 percent.

That said, governments, businesses and schools across the globe have started to take action to recognise the value of gender diversity and are actively pushing for change. The UK imposed disclosure rules for companies, to expose inequalities in the workplace in 2017, particularly around salaries. However, the gender gap has barely budged an inch, with 78 percent of the UK’s biggest employers still having a pay gap in favour of men, and according to a recent report, the median pay gap this year was 11.9 per cent, compared to 11.8 per cent last year. Globally, women still make on average 79 cents for every dollar a man earns for the same job.

Female luminaries of the 19th century such as Ada Lovelace, the first female computer programmer whom we celebrate globally on October 8, paved the way for generations of female innovators to come. Yet 200 years on, there are still many roadblocks to overcome and a great need to catalyse progress in order to achieve gender equality, especially in STEM industries.

For women technologists like Ada, the state of affairs in the technology industry would be disappointing to say the least. Currently only 12 percent of patent-holders in the United States are female, with many experts hypothesising that the cost and process of earning a patent are huge blockers to achieving equality on an entrepreneurial front.

In April this year, Katie Bouman, a 29-year-old post-doctoral fellow at MIT, accidentally became the face of the ‘black hole project’, where she was portrayed as a ‘lone genius’, and was subsequently embroiled in a sexist backlash.

While she was quick to give credit to her fellow researchers involved in the project, the Twitter backlash she faced reflects how deeply ingrained the scepticism towards women in STEM is. Would Bouman’s success have been questioned and scrutinised so much had she been a man? The answer is, almost certainly, no. Nearly 200 years after Lovelace’s contribution to the sciences, and we’re still crippled by unconscious societal biases. Or sometimes, completely intentional bias.

While men and women alike need to overcome unconscious societal biases, women can also do more to intentionally support one another. Too often in the past female leaders put a damper on another woman’s career, only out of fear of being trumped. Of course, no woman would dare to openly admit this, but it’s something I’ve seen happen many times throughout my career. It’s likely due to an inherent fear of another female ‘taking their spot’. This is where we need to majorly alter our mindset and realise there isn’t just one spot available – there’s enough room at the top for all women to be successful and to achieve gender equality at the top; we need to encourage and praise each other’s successes. And in fact, help other women navigate the path to the top.

Gender equality is a universal battle that requires both men and women to pull in the same direction. It’s time to stop pointing the finger and act – and this begins in the home.

Intentional support starts at home – and ends at the workplace

When the first African-American woman in space, Dr. Mae C. Jemison, was at school in the 1960s her teacher didn’t take her career ambitions seriously. “I want to be a scientist,” she recalls in an entry in ‘Changing the Face of Medicine’. “She looked at me and she said, ‘Don’t you mean a nurse?’ But I really just put my hands on my hips, and I said, ‘No, I mean a scientist.’” This young girl was so grounded in who she was, no amount of input could sway her. Unfortunately, this is rare.

While Jemison’s courage and determination to stand up for herself were instrumental in her success in pursuing her chosen career – later gaining a place on NASA’s astronaut training programme – she also had a supportive family fuelling her ambition.

Continuous support at the workplace is also essential in creating successful companies that drive meaningful social impact. According to a recent study, diversity across the leadership team of an organisation can increase its bottom line by 15 percent. Studies have further shown that companies with diverse board of directors are more financially successful, have better credit ratings, and achieve higher employee retention. Thus, a diverse talent pool is now a business imperative. Further, an inclusive culture can help companies more effectively manage the complexities of transformation. So, what is your organisation waiting for?

The power of intentional support

I recall an experiment with a former technology team: in an effort to empower female members, the women decided to express their support for each other by giving high-fives whenever they crossed paths in the office. This simple act of expressing support was quickly noticed by the male colleagues, and within days, the entire team started to high-five each other, lifting morale and collaboration across the organisation.

We tend to forget how powerful intentional support is and how easily it can be achieved. As one example of many, it showcases how powerful the smallest act of togetherness can be. In the same light, watch your own unconscious biases in how you communicate to girls and boys. It’s often the smallest bit of input, like telling a girl she should focus on making new friends instead of taking the hard math class, or discouraging a boy to take a dance class. These might seem innocuous, but they can make a big difference.

From today and going forward, I’m urging you to step in and do an act of intentional support, whether for your female team members at work or your daughters and granddaughters at home.

If you’re in a leadership position, find one suitable female applicant and empower that person to apply for a vacancy at your organisation. If you’re a student, encourage one of your peers to take that computer science class or join the robotics competition. Simple acts of support can result in a lasting positive impact.

Most importantly, let’s start walking the walk together. Talking about these issues is important, but we’ve been talking about this for years; it’s our actions that will make a real difference. If we all commit to making small steps in the right direction, we can make faster progress towards a more inclusive future, empowering different opinions and perspectives as we live out careers that, once, women like Ada Lovelace could only dream of. 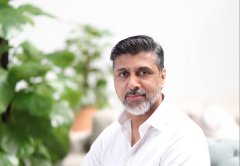