Abu Dhabi-based Gulf Capital has revealed it aims to invest $350 million over the next two years in sectors such as technology and renewable energy, in a shift away from oil and gas and infrastructure.

“The new oil in this region is the consumer. We have the youngest, fastest-growing and wealthiest consumer society, so there are huge opportunities investing in fast-growing, consumer-led sectors,” Karim El Solh told Reuters.

Earlier this month, the private equity firm bought a stake in Geidea, the leading provider of electronic payment solutions in Saudi Arabia, for a deal value exceeding 1 billion riyals ($267 million).

This contrasts with its investment focus in the years after its launch in 2006 in traditional, legacy sectors such as oil and gas, infrastructure and construction.

Gulf Capital sees opportunities in Saudi Arabia, where the government is creating an entertainment industry, including cinemas and a resort far bigger than Disney World.

The kingdom is also privatisating other sectors and aims to produce 9.5 gigawatts of renewable energy by 2023.

“In the current economic cycle, I believe that this is a good time to be investing at attractive valuations,” he said.

Like Abraaj, which denies any wrongdoing, Gulf Capital has grown and diversified its investor base outside the Gulf in recent years. Around 60 percent of its funds are now raised outside the region.

Gulf Capital is targeting four exits this year – via trade sales as well as the stock market – which could make 2018 the first year since its launch in 2006 in which it returns more money to investors than it deploys, El Solh said. 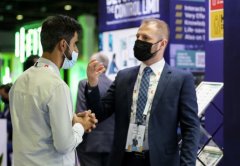 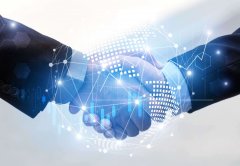 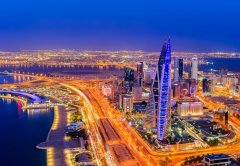