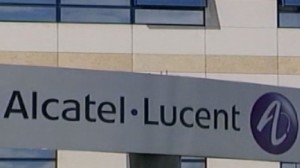 Mobile operators that want help keeping their subscribers happy can get it through a new managed service from Alcatel-Lucent, the company said on Monday.

It is no secret that mobile operators are working hard at finding ways to handle growing data volumes. But they also have to know when users suffer from performance problems related to overloaded networks, which is where Alcatel-Lucent’s new Managed Service Quality and Assurance comes in.

The service will be used to monitor mobile networks and look for issues that can lead to dropped calls or to problems with video downloads and connecting to the Internet, and warn operators before users are affected, according to Jack Zatz , managed services portfolio director at Alcatel-Lucent.

The service can also trace issues to smartphones and tablets without needing to install any software on them, Zatz said.

But for the performance issues to be avoided, operators have make any changes needed themselves. Managed Service Quality and Assurance only tells them what is wrong, according to Zatz.

The service is based on Alcatel-Lucent’s Motive software — which was launched in February and is used to detect, isolate and help resolve issues — as well as methodology developed by Bell Labs. The latter uses service modeling to determine how best to measure quality and ways of addressing potential customer concerns, according to Alcatel-Lucent.

Just like other managed and cloud-based service providers, Alcatel-Lucent pitches Managed Service Quality and Assurance as a way for operators to see what is happening in its network without having to make big up-front investments. Also, for smaller operators, implementing a system of this complexity can seem overwhelming, Zatz said.

Alcatel-Lucent doesn’t yet have any customers for the service, but the company is in active discussions with a number of large operators, it said.