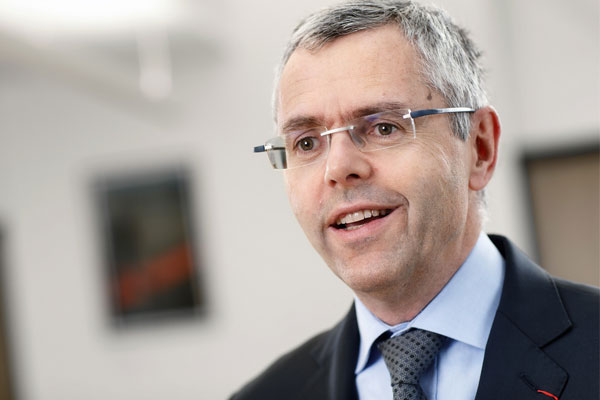 Alcatel-Lucent (ALU) recently hosted a media round table which featured its Group CEO Michel Combes.  The event saw a discussion on the telco company’s rise from a financial difficulty in 2013 and the strategy that helped them overcome it.

According to Combes, ALU was in a less than ideal state a couple of years back, however, they have devised an industrial strategy called the ‘Shift Plan’ which enabled them to recover and regain profitability. The company capitalised on areas where they saw good growth opportunities such as IP, optics, and fixed access. They have also developed cloud solutions offerings and won good projects in LTE.

But in spite of all the good progress, two issues remained. Firstly, the profitability of its wireless market offering remained a challenge which in turn made it difficult for them to invest the right amount of R&D resources for 4G/5G. Another is the insufficient amount of investments, which hindered them in moving forward.

These issues were addressed by chapters one and two of ALU’s ‘Shift Plan’, which aimed at significantly improving the balance sheet of the company; and launching strong innovation, transformation and growth strategies respectively.

Combes also discussed the recent Nokia and ALU merger, is part of the third chapter of the ‘Shift Plan’ which is about ensuring that the company has the resources required to build a successful and sustainable future.

Meanwhile, in the META (Middle East, Africa, Turkey and Azerbaijan) – ALU has seen tremendous growth in the past year in Fttx, VDSL, IP, DWDM and several LTE networks in the region.  META has been identified and qualified as part of ALU’s Top 2 regions worldwide for growth.

ALU in the UAE serves as one of the hubs for META region (+ 62 countries). It has a strong presence in the country, with high skilled teams ready to piloting the state of art technologies which can contribute in the development of the telecom sector in the country and in the region.

ALU continued to improve profitability and cash flow in Q1 2015, having strongly grown its next-generation products sales which represent 75 percent of its total revenues

Combes said the company sees a very strong potential and focus in the coming period/years for the ecosystem in building next-generation telecom infrastructure. ALU sees UAE as a tremendous market and will continue to work with service providers in UAE (Etisalat and du).