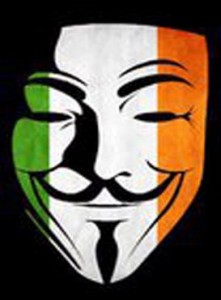 The Indian arm of Anonymous is planning what it describes as non-violent protests against Internet censorship in various Indian cities, after some Internet service providers blocked file-sharing sites in the country.

The protests, planned for June 9, follow a court order in March directed at ISPs, meant to prevent a newly released local movie from being offered in a pirated version online. Some ISPs went ahead and blocked some file-sharing sites altogether, rather than the offending URLs.

One such ISP, Reliance Communications, found its service was tinkered with last week, redirecting its users from sites like Facebook and Twitter to a protest page, according to reports from users. The hackers also claimed to have attacked the website and servers of Reliance, and claimed to have got access to a large list of URLs blocked by the company.

Reliance Communications said on Monday it had thoroughly investigated the matter and all its servers and websites are intact. “We have required preventive measures and strongest possible IT security layers in place to tackle any unwarranted intrusions. Despite repeated attempts by hackers, our servers could not be hacked,” the company said in a statement.

The hackers also claimed to have attacked websites of the Bharatiya Janata Party, the main opposition party in the country, after having previously launched DDoS (distributed denial of service) attacks on various websites including that of the Indian central bank, Reserve Bank of India.

Anonymous was active in India last year, when it attacked the website of the Indian army. It quickly reversed its decision to attack the site and kept a low profile after drawing protests from some of its own members.

Anonymous is asking supporters to download and print cut-outs of the Guy Fawkes mask, used by the hacker group as a logo, to be worn during the anti-censorship street protests.

The group’s protests are also directed at India’s Information Technology Act, which among other things allows the government to block websites under certain conditions, and also allows the removal of online content by notice to ISPs.

The government is in the process of framing rules that will put curbs on freedom on social media, Anonymous said in a recent video, presumably a reference to demands by the government that Internet companies should have a mechanism in place to filter objectionable content, including content that mocks religious figures.

India’s Computer Emergency Response Team observed last week that hacker groups are launching DDoS attacks on government and private websites. These attacks may be targeted at different websites of reputed organisations, the agency said in an advisory. The attacks are being launched using popular DDoS tools and can consume bandwidth requiring appropriate proactive action in coordination with service providers, it added.