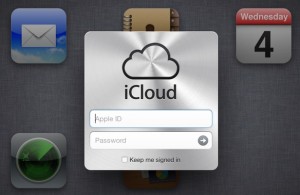 Apple is on the hunt for cloud infrastructure engineers familiar with building large-scale deployments like those at Amazon Web Services and OpenStack companies, according to a job posting.

The eventual hire will work to “build the next generation infrastructure” to support iCloud, iTunes and other Apple Internet services, the company says. Silicon Valley tech firms pick off employees from competitors all the time, but this job posting points to the emphasis companies like Apple are putting on recruiting experts in the cloud computing field.

The alert posted today calls for an engineer to work on the Apple Site Reliability Engineering Team who will develop standards to automate application development, cluster management, network routes and manage petabytes of storage for “amazing applications that serve millions of customers.”

In addition to experience with Amazon Web Services – which runs the biggest public cloud in the market – Apple is also looking for developers who are familiar with the open-source cloud platform OpenStack, and the private cloud open-source system Eucalyptus. It’s also looking for system administrators who are familiar with automation tools like Puppet, the posting says. From the details of the job posting, it appears Apple is looking for workers to help the company build out its own cloud services and not expertise in using other competitor’s cloud.

“We’re a small team focused on the development of standards-based software defined data centres and networks at global scale,” according to the posting on Apple’s web site. “We’re looking for candidates with a strong background in system administration and deep experience with IaaS to bootstrap the operational support of these services.”