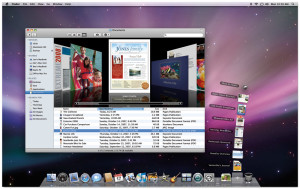 Shipments of devices based on Apple’s Mac OS and iOS will close the gap on those of products running all flavours of Windows over the next two years, but Windows will then start to pull away again, according to figures from Gartner.

Last year, shipments of products running Windows outnumbered those running Mac OS and iOS, by 347 million to 213 million, Gartner said on Monday. Windows’ lead will be slashed to 23 million devices in 2014, but will then begin to widen again.

By 2017, the latest date of the forecast, devices running Windows OSes will be outshipping those running Apple OSes by 45 million, Gartner said.

“Phones will grow in volume from 2014. Ultramobile will also grow in volume as thin-and-light and hybrids become the norm,” said Milanesi. “Apple will remain one vendor with a relatively high price point, versus Microsoft having the support of many vendors at different price points.”

Despite the slight resurgence of Windows, its lead over Apple OSes in 2017 will still be much narrower than the lead it had in 2012.

Milanesi noted the figures do not take account of the impact a cheaper iPhone would have on the Apple OS market share. Numerous reports have said Apple is planning a cheaper iPhone but the company has yet to announce plans for such a device.

The battle between Apple and Microsoft will take place in the shadows of Google’s Android, which will led the market in terms of shipments.

Android device shipments will rise to over a billion in 2014, said Gartner.

The surge in Android comes as a result of the popularity of smartphones and tablets.

Gartner expects tablet shipments to jump from 120 million last year to 202 million this year and 276 million in 2014. Smartphone shipments over the same period are expected to rise from 1.7 billion to 1.9 billion.

Meanwhile, sales of PCs will continue to fall over the next two years as tablets and ultramobiles hybrid PCs attract consumers and enterprise customers. Gartner said it expects sales of desktop and notebook PCs to fall almost 11 percent this year and 5 percent next year, largely due to weakening sales of laptops.

Ultramobile computers, which are thinner and lighter than traditional notebooks, often have a touchscreen and often can be transformed into a tablet form factor, will find favour with enterprise users, said Milanesi.

“For enterprise users, it cuts down on the number of devices they need to run,” she said.

Overall, the device market will rise from 2.2 billion devices sold last year to 2.3 billion this year and 2.5 billion in 2014, according to Gartner estimates.