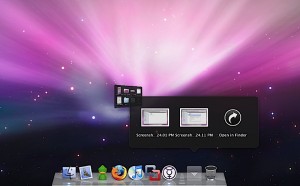 The update reiterated Apple’s intent to keep patching Snow Leopard, the five-year-old operating system that remains the second most popular version on the Mac.

Because Snow Leopard users cannot upgrade to Java 7 – Oracle’s newest edition requires Lion or its 2012 successor, Mountain Lion – they must rely on the older Java 6, which Apple maintains. Oracle itself deals out fixes for Java 7 bugs.

Apple is able to supply fixes for Java 6 because Oracle continues to investigate vulnerabilities and work up patches for the Windows version, even though it once pledged to retire the software in February. Oracle has not said how long it will continue to provide patches for Java 6 on Windows, and thus how long Apple will be able to issue security updates to customers running Snow Leopard.

Its website, for example, continues to claim that public support has ended.

Apple would be well-advised to keep patching Snow Leopard; in May, the operating system powered 25 percent of the Macs that went online, according to statistics from analytics vendor Net Applications.

There’s been little sign from Apple – which is notoriously close-mouthed about its security practices – that it plans to stop patching Snow Leopard any time soon. Earlier this month, the California company issued a security update of its own for Snow Leopard.

Apple’s apparent decision to continue patching OS X 10.6, the numerical designation for Snow Leopard – may be tested later this year when it launches OS X 10.9 Mavericks. At the time of Mavericks’ debut, which Apple has pinpointed only as “this fall”, the company will have four versions to support if it doesn’t drop Snow Leopard from the list.

In the past, Apple only supported two versions simultaneously, the newest and the one immediately before that.

The Java 6 update for Snow Leopard, Lion and Mountain Lion can be retrieved by selecting “Software Update…” from the Apple menu, or by opening the Mac App Store application and clicking the Update icon at the top right. The update can also be downloaded manually from Apple’s support site.

Java 7 for OS X, which was also patched Tuesday, can be downloaded from Oracle’s website.