Veeam Software has recently released the fifth edition of the Veeam Availability Report, which illustrates that despite numerous high-profile incidents in the last year, enterprises are still not paying enough attention to the needs of their users.

During an exclusive media round table event, Gregg Petersen, Regional Director, Middle East and SAARC, Veeam Software, discussed the agenda behind the report and how enterprises can learn from it. “Although Veeam has, for many years, often been deemed as a backup organisation that aspect is only one of the company’s many capabilities. The idea behind the survey was to understand the challenges that CIOs and IT decision-makers have in terms of the ‘Availability Gap’.”

The report showed that 84 percent, a two percent increase on 2014, of senior IT decisions-makers (ITDMs) across the globe admit to suffering an ‘Availability Gap’ (the gap between what IT can deliver and what users demand).  This costs businesses up to $16 million a year in lost revenue and productivity, in addition to the negative impact on customer confidence and brand integrity. UAE enterprises were surveyed as part of the global report and the corresponding cost of application downtime for UAE businesses is $5.5 million a year.

Globally, this figure has risen a staggering $6 million in 12 months, despite almost all respondents saying that they have implemented tightened measures to reduce availability incidents and that 48 percent of all workloads classified as ‘mission-critical (rising to 53 percent by 2017).

“Availability is always paramount for enterprises,” explains Petersen, “there are so many connected people today. By 2020, it is expected that over 44 zettabytes of data will generated globally and 21 billion devices will be connected. With this inevitable growth in data, there is no doubt that we will all soon be connected. So it is imperative that enterprises establish data centres that are ‘Always-on’.”

The report further highlighted that the need to deliver 24/7 access to data and applications has never been more important. However, it seems that enterprises have not received that message despite more than two-thirds of respondents stating that they have invested heavily in data centre modernisation specifically to increase availability levels.

“This proves how urgent the need is to address the availability gap in this region,” says Petersen. “IT departments are expected to run backup and/or recover systems and applications in a minimal number of time, and legacy systems are just not cutting it anymore. This what Veeam is most proud of, in this age of virtualisation, we have the capabilities to address these customer demands on backup and recovery in a cost- and time-efficient manner.”

Petersen then emphasised that organisations must proactively avoid unplanned downtime incidents in order to avoid risks of suffering any significant setbacks. Being an Always-On Enterprise will enable companies to remain competitive in the modern economy, to do so, they must look to embrace innovative availability solutions. 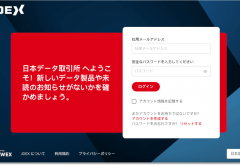 Dawex pushes toward a data driven economy with JDEX 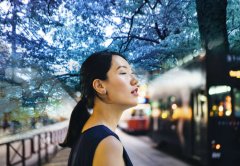 Ericsson projects increased 5G coverage by the end of 2020 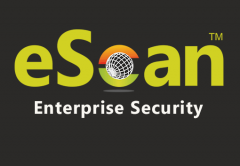