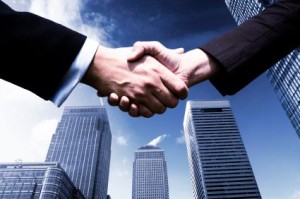 A recent ‘Top Industries in the MENA’ survey conducted by Bayt.com and YouGov, a research and consulting organisation, has revealed that the telecom industry is one of the most satisfying to work in, especially for salary packages and career growth opportunities.

A cumulative 38% of employees in the telecommunication industry rate their salary satisfaction as ‘somewhat satisfied’ (30%) or ‘totally satisfied’ (8%).  On the other hand, 11% are ‘totally dissatisfied’ and 29% are ‘somewhat dissatisfied’ (29%) with their current salary. Nearly a quarter of the total (22%) employees claim to have no opinion.
Respondents from the telecommunication industry come third in terms of satisfaction with work-life balance, right after the industries of hospitality and oil, gas, and petrochemicals.

The telecom industry places second in this regards in Jordan and Syria, with 20% and 25% of respondents saying that it offers the best career growth opportunities in country of residence. It placed third in Bahrain (16%), Kuwait (15%), and Saudi Arabia (14%).
In terms of stability and security, 36% of respondents  feel satisfaction in the telecommunication industry. Meanwhile, the majority (39%) feel dissatisfied, while 24% feel neutral.  The telecommunication industry appears to attract a high amount of local talent, with respondents in Tunisia (18%), Syria (26%), Morocco (18%), and Egypt (17%) saying that it is within top three.

Respondents from the telecommunication industry are primarily employed in the GCC (43%) and North African (44%) countries.  The industry attracts a comparatively young workforce with almost half (49%) of respondents aged between 19-29. 89% of respondents currently work full-time (30 or more hours per week). The biggest telecom employers, according to the survey results, are private sector multinational companies (45%); followed by private sector large local companies (23%), and private sector small or medium company (9%).

Churn appears to be low in the telecom industry, with only 27% of employees having recently moved industries (past 24 months).

Data for the Bayt.com Top Industries in the MENA Report2012 was collected online from November 5 – 14, 2012, with 12,040 respondents aged 18+, representing Algeria, Bahrain, Egypt, Jordan, Kuwait, Lebanon, Morocco, Oman, Qatar, KSA, Syria, Tunisia and the UAE. Of those who responded, 9,791 are currently employed.