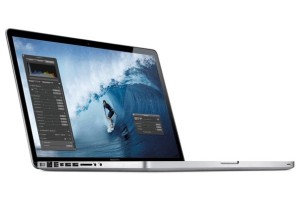 The first of the new MacBook Pros unveiled on Tuesday are in the Macworld Lab, and the results show that the internal updates in new pro laptops help to increase performance in nearly every application.

The new line of MacBook Pros consists of five standard configurations, three with 13-inch displays and two 15-inch models. All use Intel’s fourth generation Core processors, dual-core Haswells in the smaller models and quad-core Crystalwell processors in the larger laptops. All five of the portables take advantage of Intel’s new Iris integrated graphics. Only the $2599 high-end 15-inch MacBook Pro adds discrete graphics, in the form of Nvidia’s GeForce GT 750m with 2GB of dedicated video memory.

The new Retina MacBook Pros are the first computers to ship with OS X 10.9 Mavericks. Macworld Lab is in the process of updating our Speedmark overall system performance benchmarking suite to version 9, which takes advantage of Mavericks and includes updated versions of the many applications included in Speedmark. With Apple releasing brand new versions of iTunes, iPhoto, iMovie, and Aperture on the same day as Mavericks, we’re still in the process of updating Speedmark. For this report we’ll be relying on the results of 12 individual applications and not an overall Speedmark score.

To see how the new systems perform, we grabbed an early 2013 13-inch Retina MacBook Pro and ran the same dozen tests on it. This early 2013 model has a 2.6GHz dual-core Ivy Bridge processor, 8GB of RAM, Intel HD 4000 integrated graphics, and a 256GB of SATA-attached flash storage. We will include results for a larger variety of systems with the full review of the new Retina MacBook Pros.

The most impressive improvements in the new laptops came courtesy of the new Iris graphics. Compared to the HD 4000 graphics in the early 2013 13-inch Retina MacBook Pro, the Iris graphics posted between 45 and 50 percent higher frame rates in Cinebench r15’s OpenGL tests and the Unigine Valley Benchmark. Unigen’s Heaven benchmark showed the new systems with about 65 percent improvement in frame rates over the earlier model.

The new 2.6GHz MacBook Pro’s MathematicaMark 9 score was 8 percent higher than the Ivy Bridge 13-inch Retina model from earlier this year. The Cinebench CPU result from the new 2.6GHz system had a 5 percent edge over the MacBook Pro released in February, and a Handbrake encode from a file on the internal flash storage was 11 percent faster on the new high-end 13-inch system. The new low-end 13-inch, with its 2.4GHz Haswell dual-core Core i5 processor, was 5 percent faster than the 2.6GHz Ivy Bridge dual-core Core i5 processor in Handbrake, 1 percent faster in MathematicaMark 9 and 1 percent slower than the older chip in the Cinebench CPU test.

Much has been made about the new PCIe attached flash storage that the new MacBook Pros use in place of the SATA-connected flash of previous models. As we’ve seen in the most recent MacBook Airs, PCIe attached SSDs are really fast.

The 256GB flash in the new 2.6GHz model was 33 percent faster than February’s 2.6GHz MacBook Pro when copying 6GB of files and folders from one spot on the internal drive to another. Interestingly, though, the 128GB PCIe SSD in the 2.4GHz late 2013 model wasn’t any faster than the SATA SSD in this test.

And neither of the new 13-inch MacBook Pros could beat the older model in the compressing and uncompressing our 6GB set of files and folders. To triple-check our findings, we ran Blackmagic’s Disk Speed Test on all three 13-inch Retina MacBook Pros and found that the 500GB flash storage in new 2.6GHz model was more than twice as fast in the write test as the 120GB flash storage in the new 2.4GHz system, 710 MBps versus 315.9 MBps.

Check back soon for Macworld’s full review of the new 2013 MacBook Pro with Retina display lineup, including both the 13- and 15-inch models.