With 96% of the world’s web servers running Linux, solid security and heightened visibility are critical for larger enterprises, particularly in banking, finance, online retail, and manufacturing, especially those offering a SaaS solution. Before 2020, most ransomware targeted Windows devices. But the pandemic accelerated digital transformation, creating a massive boom in the remote workforce and adoption of cloud applications. Since nearly all these apps are powered by Linux, these servers are now just as much at risk by malicious actors, but with a much greater impact if successfully attacked.

This situation requires a solution designed with Linux in mind since most organisations store their most sensitive data and applications on mission-critical Linux platforms. In fact, 90% of all cloud infrastructure operates on Linux, so a single ransomware attack could be catastrophic for organisations. 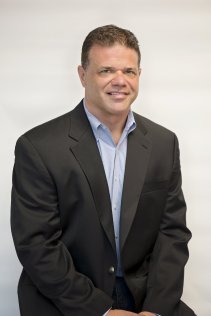 “BeyondTrust is the only vendor offering a proven, enterprise-class privilege management solution purpose-built for Unix and Linux servers”, said Daniel DeRosa, Chief Product Officer at BeyondTrust. “The tremendous growth last year shows that sophisticated enterprises are serious about securing their platforms against threats. We’re proud that our comprehensive enterprise solution is helping hundreds of companies meet those security challenges as Linux becomes increasingly appealing as an attack vector for bad actors”.

As of late 2020, more than one million assets were under management with BeyondTrust Privilege Management for Unix & Linux and Active Directory (AD) Bridge.  One of the solution’s most popular capabilities is passwordless administration by default. Administrators can configure the solution to “trust” users to perform administrative tasks without requiring a privileged root password. This frees up IT resources from having to maintain distributed sudoers files. Instead, administrative functions can be policy-based and centrally managed.

“Security risks are taken very seriously in the financial industry”, says Brandon Haberfield, Global Head of Operating Systems, Investec Bank. “After researching the various options, and using sources such as Gartner, we chose BeyondTrust’s Privilege Management for Unix & Linux because of flexibility. It allowed Investec to define a security standard, but also enabled different departments to manage exceptions. When COVID-19 occurred, working from home made no difference to the way their employees accessed their environment because the policies were already in place”.

Designed to help enterprises mitigate threats against Linux, BeyondTrust Privileged Management for Unix & Linux is an advanced enterprise product that empowers the move to the cloud.