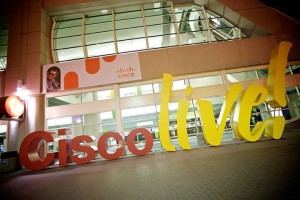 The company, which announced its Cisco ONE programmable networking plan for SDNs a year ago, should have gotten out in front of it earlier than that to avoid appearing as if it was responding to competitors, he said. Those competitors claim SDN threatens Cisco’s dominance in networking by separating control from the elements themselves and opening up the network to commodity switches governed by a common, industry standard control plane and protocol, such as OpenFlow, and extensible APIs.

“We waited too long to address” SDNs, Chambers said during a roundtable session with reporters. “You won’t see that again.”

Chambers said Cisco has the opportunity to fold SDNs into “a total architectural play” and offer OpenFlow switch/controller interactions at line-rate speeds. Cisco also sees an opportunity to “open (SDN) up to the network,” which is the inverse of what other SDN players propose: opening up the network to SDN control.

Chambers was adamant that SDNs do not threaten Cisco’s successful franchise in switching and routing, which is a $180 billion installed base.

“We do not consider it a threat at all,” he said. “Right now we really got our act together on SDN, with our ability to protect investments. We’re focused on consumption models now – IT-as-a-service. You’ll see us move quicker on opportunities and challenges.”

Cisco President of Development and Sales Rob Lloyd said customers wouldn’t see recent developments like Cisco’s Catalyst 6800 switching line or CRS-X Internet core router without deep integration of software within the ASICs on those platforms.
“Our systems are winning in the market today,” he said. “We feel pretty good about our odds.”

Cisco executives also addressed this week’s developments in China, where state-run media encouraged banishing Cisco equipment from the country because of intelligence gathering and national security concerns. The US government leveled the same charges against Chinese vendors Huawei and ZTE last autumn.

Cisco said it did not participate in surveillance conducted in the US by the National Security Agency, which was revealed last month by NSA contractor Edward Snowden.

“Cisco does not uniquely give (intelligence gathering) capabilities to any country in the world,” Chambers said. “It’s important to our brand image and ethically it’s wrong. We have to get the US and China working together. There will be bumps along the way, periods of controversy. We’re used to that, we’re right in the middle.

“China is one of our five key emerging markets,” he continued. “I’ve been in China for 30 years. It’s a market I have great respect for. We’re going to have to go to market with partners. We know how to nail innovation. We see China as a great market and it helps develop our products.”