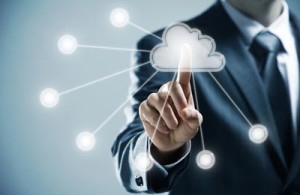 Over three-quarters of CIOs (79 percent) are concerned about “hidden costs” associated with cloud computing.

A global survey of 468 CIOs on the attitudes and concerns relating to cloud computing, commissioned by Compuware, found another three top cloud computing danger points.

These were poor end user experience due to performance bottlenecks (64 percent), the impact of poor performance on brand perception and customer loyalty (51 percent), and loss of revenue due to poor availability, performance, or troubleshooting cloud services (44 percent).

CIOs rated cloud computing as their top investment priority in both the short and long term, with integration between public, hybrid and private cloud cited as the most important trend in the cloud computing space over the next five years.

The study also revealed that companies are increasingly leveraging the cloud to deliver business-critical applications, such as e-commerce, which was the most commonly used cloud service. It was found that 81 percent of CIOs are either already using cloud-based e-commerce platforms or are planning to within the next 12 months.

Despite the business critical nature of these cloud applications, said Compuware, 73 percent of companies are still using “outdated methods” to track and manage application performance.

The most common metric used to track application performance in the cloud is simple availability or uptime, “rather than more granular end-user metrics such as response time, page rendering time and user interactivity time,” Compuware said.