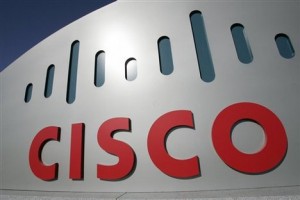 Cisco Systems has taken a step back from its Cisco Connect Cloud service, removing it as the default setting for management of its Linksys EA Series Wi-Fi routers after a firestorm of complaints from customers about automatic firmware updates and the service’s terms of service.

The default method for managing the high-end Linksys routers has been changed to traditional setup and management over the local network, Cisco said in a blog entry posted on Thursday. When the company brought Cisco Connect Cloud online last week, it made the Internet-based administration service into the default tool for the routers.

Now, users who want the features of Cisco Connect Cloud will have to choose on their own to use it. This is a major step back from a service that the company had promoted as part of its vision of the future of home Wi-Fi routers. In a previous response to complaints, Cisco had stepped in to help users return to the older management system if they wanted, but the latest move makes users actively choose the new service. In the blog post announcing the change, Cisco also apologised twice and repeatedly sought to extinguish customers’ concerns about privacy and automatic firmware updates.

“We believe lack of clarity in our own terms of service has contributed to many of our customers’ concerns, and we apologise for the confusion and inconvenience this has caused,” wrote Brett Wingo, vice president and general manager of Cisco Home Networking.

“Cisco will not push software updates to customers’ Linksys routers when the auto-update setting is turned off,” he wrote.

The blog entry said Cisco would update its terms of service and related documentation as quickly as possible, though that would not be the first time the company has done so during the crisis. Changes announced last Friday failed to quell some vocal users’ concerns.

Cisco Connect Cloud was announced in April alongside a new generation of Wi-Fi routers for homes, the Linksys EA2700, EA3500 and EA4500. Cisco said it would allow users to manage their wireless LANs remotely via a Web browser or a smartphone app, and it announced six third-party apps to work with the service and opened up the platform to other developers.

When the cloud service went live last week, some owners of the EA3500 and EA4500 routers complained on user forums that Cisco had updated their routers’ firmware overnight and effectively forced them to move to cloud-based management. A LAN-based option was made available, but the users said it lacked many of the features that came with the previous LAN-based management.

Even worse, disgruntled customers looked into Cisco Connect Cloud’s terms of service and found that Cisco said it might collect information about use of the service, including users’ Internet history. The terms also said Cisco might share “aggregated and anonymous user experience information” with third parties. That language sparked outrage among customers, some of whom said they would stop using the Linksys routers.

After the complaints, Cisco rewrote the privacy policy and took steps to help users roll back their router firmware to the previous version and opt out of automatic updates. But complaints continued. The updated privacy policy raised concerns among some customers that Cisco might take their routers offline based on the terms of service.

While changing the default status of Cisco Connect Cloud, Cisco stood by cloud-based router management in Thursday’s blog post. “We are committed to providing both Cloud-enabled and local management software,” Wingo wrote.