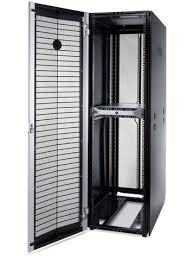 Once upon a time within Dell, managers who needed a business analysis report had to put in an IT request, a drawn out process that drove business units to set up their own shadow IT systems to run these numbers instead.

Now each business unit at Dell can build its own analytic reports, dashboards and applications, without the nod of approval from the head of IT operations.

As a result, the time it takes to develop new analysis at the computer technology company has dropped by 70 percent. At least one department – marketing – has seen productivity improve by four percent using this approach.

“We’re not telling the businesses not to build shadow IT. We’re just asking them to build it on our infrastructure,” said Rob Schmidt, an executive director of IT for Dell.

Like many organisations, Dell is deluged with data that could be used to increase business. But it also needs to tightly manage its IT systems to keep costs in check. Sometimes the two goals conflicted.

To manage its IT operations, Dell maintains a long term strategic road map, specifying which platforms should be used for various aspects of operations. The company managed this road map through the CA Technologies’ Clarity program management software.

“If it’s not in Clarity, I can’t work with it,” was the phrase that business unit managers often heard when asking for some new capability, Schmidt said. “If you wanted new analytics, historically, you had to be on my road map.” The company’s enterprise data warehouse (EDW) was the canonical source of BI info within Dell, and getting new reports from the EDW required going through IT operations. In other words, get in line. And wait.

Instead, many Dell business managers went their own way – setting up departmental BI systems that copied data from the EDW. Collectively, they had spent up to $70 million developing their own capabilities, Dell had estimated in 2012 study. At least $50 million of this money was spent duplicating data from the EDW.

The Dell business managers were not alone in this practice. Over the past few years, a new crop of BI vendors have sprouted – such as QlikTech and Tableau – that tailor BI tools specifically for business units, rather than for establishing enterprise-wide BI operations, noted Wayne Eckerson, founder of BI Leader Consulting.

Such tools are relatively easy to deploy and use, and they often got managers the results they needed quickly, even if their use could potentially raise costs for an organisation in that they could lead to a lot of duplication of effort, and data.

To stem future losses, Schmidt looked for ways of empowering the business unit managers. He exploited the self-service capabilities in the MicroStrategy business intelligence platform. Sensing this trend for desk-side analytics, MicroStrategy has strengthened the capabilities of its own platform over the past few years to make analytics accessible to more people within an organisation – not just trained business analysts working on dedicated consoles.

Dell now has 30,000 licenses for desktop access of MicroStrategy, and another 1,000 for mobile use.

“The new model says you don’t have to be on my road map. Once you have been trained, you have access to all of these enterprise class tools and every single piece of data that exists within Dell,” Schmidt said.

Training on the platform takes on average about four hours. Each major group within Dell gets all the data for its own purview – marketing, sales, services or manufacturing. MicroStrategy also offers pretty solid capabilities in allowing managers to share all their work – the data sets and the formulas – with other managers in their divisions, Schmidt said.

Allowing managers to create their own tools means they can get the information they need more quickly. “It’s an exploratory platform,” Schmidt said of the MicroStrategy software. “They don’t have to know the questions they need to access the data.”

For instance, the sales division of Dell traditionally ran reports of potential customers who had a “propensity to buy” a Dell product or service, predictions that were based on buying history, support interactions, social media data and other bits of information.

In the old centralised model, the report could take up to 16 days to run, and would be based on data that was on average three months old. Now, when a sales team wants to create a new “propensity to buy” model, it can be cobbled together within a few hours and use data that is nearly real-time.

“The use of big data is not an IT problem. It’s a business problem that IT is part of,” Schmidt said. “I don’t think a lot of people really get that.”