Dubai, UAE, 2022: Garena has launched its first game creation sandbox title, Garena Blockman GO. The free-to-play game invites players to discover their own fun through the discovery of minigames and explore their creative side to content crafting. Offering accessible high-quality content localised for communities across the world, Garena Blockman GO is published by Garena in several markets globally, including Southeast Asia, Latin America, Middle East, Africa among others. 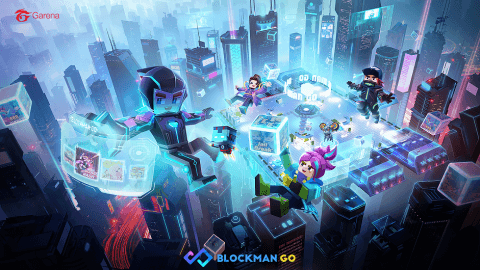 Players can enjoy popular high-quality minigames and the brand-new minigame – Party Street – which offers an immersive world for players to experience hip-hop culture through skateboarding stunts and even street graffiti. There will also be 15 intriguing levels for players to test their skills across various survival, racing, and cooperative modes to emerge as the ultimate winner.

Garena Blockman Editor, a free-to-use (PC) game editor platform, has also been launched to support and grow the Garena Blockman GO creator ecosystem. The easy-to-use interface is designed to cater to a wide community of users – from casual players interested in trying their hands at game development to professional studios and expert developers seeking to create high-quality UGC games and gain exposure. Selected games have also been published and promoted on Garena Blockman GO, enabling locally-inspired games to reach a global community of players.

Players can expect a host of a lot of interesting iterations, games, and events planned for the first patch update. These include: