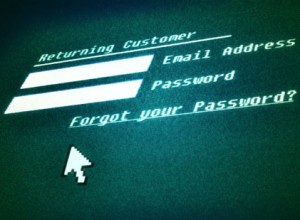 Despite news that Google’s security team is experimenting with ways to replace passwords for logging in to websites, security experts have warned that passwords should not yet be tossed.

Many experts have, however, acknowledged that passwords, on their own, are no longer enough to protect users.

Google is testing device-assisted security as a possible password replacement. Ideas include a small Yubico crytographic card that could be inserted into a USB reader to log in to a Google account or some other supporting website, it was reported on Friday. Such a mechanism would have to be supported by the Web browser.

Other authentication options might include someone tapping their smartphone or a smartcard-embedded finger ring on a computer. Details on Google’s thinking are contained in a research paper that is scheduled to appear this month in the engineering journal IEEE Security and Privacy Magazine.

The paper was written by Google’s Vice-President of Security, Eric Grosse, and Engineer Mayank Upadhyay.

Google was not able to make Grosse or Upadhyay available for an interview, but said in an emailed statement, “We’re focused on making authentication more secure, and yet easier to manage. We believe experiments like these can help make login systems better.”

The diminishing effectiveness of passwords is seen every day by the amount of spam spewing from hacked Web mail and social media accounts, such as Facebook and Twitter. Consulting firm Deloitte Touche Tohmatsu predicts that more than 90% of passwords generated this year would take only seconds for a hacker to crack.

While passwords fail to provide ironclad security, experts believe that they need to be part of the mix with device-assisted authentication as an additional layer.

“The cell phone is the weakest option, but any sort of two-factor authentication is a serious improvement,” said Chester Wisniewski, Security Adviser, Sophos. “It is important for people to know that this doesn’t replace passwords, it simply augments them.”

The general principle for strong authentication advises using something you know, something you have and something you are, such as a password, a USB token and a fingerprint reader, respectively. While expecting consumers to have all three would be impractical, having a couple of them would be much stronger security than having just one.

“The notion of authentication strategy is if you start mixing these things, then it’s a lot harder for a bad guy to break the system,” said Eve Maler, Analyst, Forrester Research.

New layers of authentication are also being invented, Maler said. For example, when a person makes a purchase through PayPal, the online payment site will check the authenticity of the request through algorithms that consider multiple factors, such as the IP address of the computer, what’s being purchased and for how much.

Such techniques can go a long way toward augmenting passwords, Maler said. However, users will still have to choose much stronger passwords than they do today. In its 2012 list of worst passwords used on the Web, SplashData found the top three passwords to be “password,” “123456” and “12345678”.

The use of any device in authentication opens up the possibility of having it lost or stolen. One answer would be biometrics to establish the identity of the user. “There needs to be an accompanying mechanism to ensure that your device can only be used by you,” said Dan Olds, an analyst with the Gabriel Consulting Group.

How far Google can take its ideas toward widespread adoption remains to be seen. But recognising and trying to solve the password problem is a step in the right direction.

“It’s about time we got serious about replacing passwords,” said Andrew Storms, Director of Security Operations, nCircle. “Maybe news of Google’s experiments will encourage other vendors to look seriously at alternatives.”