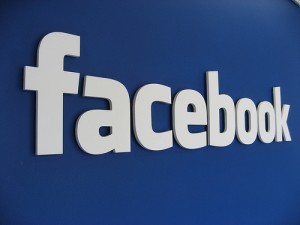 After a disappointing Wall Street debut, all eyes will be on Facebook on Thursday when it makes its first quarterly earnings report as a public company.

The world’s largest social network is under a lot of pressure to show strong numbers and, more importantly, to show that the company has strong business potential. Shareholders and Wall Street will be paying particular attention to this first earnings report since Facebook’s initial public offering didn’t go quite as planned.

When the company went public in May, the stock was first offered at $38 per share and was expected to shoot up to $50, $60 or even $90 per share. The stock didn’t meet those expectations, and didn’t hold its opening price.

At noon today, Facebook’s stock was trading at $28.64 a share on the Nasdaq.

Meanwhile, two studies were released last week that weren’t good news for Facebook. First, a report from the American Customer Satisfaction Index showed that Facebook’s user satisfaction had dropped 8% over the last year to 61 on a 100-point scale.

The study also found that Facebook had the lowest score for a social network, and that the number was a record-low score for the social media category.

Then the next day, a report from Capstone Investments found that Facebook was losing users in the U.S. and other major markets.

“Facebook’s first earnings call is extremely important for them,” said Karsten Weide, an analyst with IDC.

“Their advertising sales growth has slowed dramatically in recent quarters, more than it should have for a company with Facebook’s supposed promise. They will have to prove they can turn this around and accelerate growth again,” Weide added.

Weide said she expects Facebook co-founder and CEO Mark Zuckerberg, along with executives from sales and advertising, to speak during the earnings call, which is scheduled for 5 p.m. EST.

“If they have good news on revenue growth, the stock price will go back up to perhaps $32, otherwise it may tank, down to $26 or even less,” Weide said.

“We believe shares are likely to recover when we see a reacceleration of revenue growth above the 30% rate, with some expansion in margins, but the 2Q report is not likely to inspire,” wrote Rohan in a financial report, noting that he expects Facebook’s earnings to come in slightly above Wall Street expectations. “While audience and product milestones are impressive, investors expect significant earnings upside, which is unlikely.”

Nate Elliott, an analyst with Forrester, also anticipates that Facebook will show some positive numbers.

“I expect we’re going to see really positive ad revenues from Facebook this week,” he said.

“The natural momentum of being a cultural phenomenon, plus the added momentum of going public, will surely have brought more marketers to the site, money in hand. And not many marketers are asking yet what business value they’re getting from Facebook. Most are still content to simply count fans and likes,” he added.

Elliott added, though, that marketers and advertisers will begin to want proof of value, Facebook will need to prepare to prove its business value.