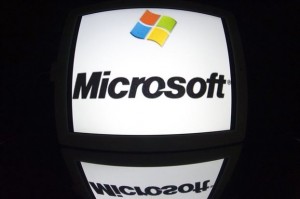 Facebook and Microsoft each fielded thousands of requests for user data as part of law enforcement investigations from U.S. authorities in the second half of last year, they said late Friday.

Some of those investigations might have been related to national security – but perhaps not. While the companies are for the first time allowed to include national security requests in the numbers, Facebook and Microsoft are still not permitted to say whether any are actually included.

The companies disclosed the figures in corporate blog posts. Facebook said it had received between 9,000 and 10,000 requests while Microsoft said it had gotten between 6,000 and 7,000 requests.

The release of data was, said Facebook, the result of week-long discussions with the U.S. government after allegations published in The Guardian and The Washington Post said the National Security Agency had “direct access” to the servers of major Internet companies. Facebook said it pushed the government for permission to release more information about the requests related to national security – which until now it had been forbidden from acknowledging.

But restrictions laid down by the government mean the data does little to shed any light on snooping in the name of national security, including under the Foreign Intelligence Surveillance Act.

“We are permitted to publish data on national security orders received (including, if any, FISA Orders and FISA Directives), but only if aggregated with law enforcement requests from all other U.S. local, state and federal law enforcement agencies; only for the six-month period of July 1, 2012 thru December 31, 2012; only if the totals are presented in bands of 1,000; and all Microsoft consumer services had to be reported together,” wrote John Frank, Microsoft’s deputy general counsel.

So the numbers announced by the two companies include a broad range of requests.

“These requests run the gamut – from things like a local sheriff trying to find a missing child, to a federal marshal tracking a fugitive, to a police department investigating an assault, to a national security official investigating a terrorist threat,” wrote Ted Ullyot, Facebook’s general counsel, in a blog post.

Grouping of the national security requests related to the Foreign Intelligence Surveillance Act (FISA) with other more mundane requests was, of course, by design.

The several thousand requests might include some under the Foreign Intelligence Surveillance Act, but they might not, Frank wrote.