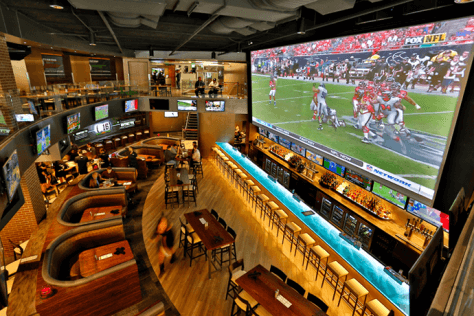 FIFA World Cup 2022, set to take place in Qatar, is just around the corner, and preparations are in full swing. Not only teams and ground staff are preparing for the global tournament, but the fans of this hugely popular game are also busy preparing to watch their favourite teams and players in action. This has resulted in an increased demand for LED screens for the FIFA world cup.

LED Screens for FIFA World Cup – A Rise in Demand

Football fans are keenly anticipating the first FIFA world cup ever to take place in any Arab country. So, visitors have already booked hotels, not only in Qatar but in neighbouring countries as well, for the duration of the mega event. Those who cannot watch the action unravelling live on the ground are making arrangements at their home.

To put it simply, football fans are buying new screens or upgrading their existing ones so that they can enjoy the game to the maximum. This has resulted in an increased demand for LED screens for FIFA World Cup.

The Increased Sales of Big Screens

It’s a norm for soccer fans to arrange gatherings and watch the games together at their homes. As the bigger the screen, the better the experience, many people buy new indoor LED screens for FIFA World Cup in bigger sizes that come with advanced features before the start of the tournament. The same trend will remain prevalent this year, experts believe.

As a matter of fact, there has been notable growth in big screen sales. Top manufacturers have accelerated their production to meet the growing demand for football fans across the globe. So, now, you can easily spot Hikvision commercial display screens mounted on the walls of restaurants, offices, and other places.

Like other parts of the world, Emiratis are also keenly anticipating the upcoming event. And their enthusiasm shows in the rising demand for big LED screens for FIFA World Cup. According to major market players and top UAE retailers, there’s a significant increase in inquiries for big-screen LEDs. Even outdoor LEDs have witnessed a substantial increase in terms of demand and sales.

Statistics obtained from International Data Corporation revealed that the third quarter of 2021 saw year-on-year growth of 10.3 per cent in the global smart home device market as more than 221.8 million devices were shipped. Out of these, streaming players, smart TVs, and other video entertainment devices accounted for 35.3 per cent of all shipments.

With the FIFA world cup nearing, it is expected that the 3rd and 4th quarters of 2022 will produce even better numbers.

Visit any restaurant, sports bar, or Hookah café during the FIFA world cup, and you will see a huge number of people enjoying live streaming of the games while munching on snacks. The ambience, to put it simply, is electric, with the fans cheering for their favourite teams on every goal scored. In fact, many places offer special deals that include a live screening of these events.

So, it’s safe to say that owners of such places keenly anticipate the big-ticket tournaments, such as FIFA World Cup, since it’s time they experience increased activity. They place huge screens on their premises to attract football fans. This is another factor that contributes to the rise in demand for LED screens for FIFA World Cup.

Records suggest that the increased activity in restaurants and bars during the world cup matches increases their sales drastically. This is why a growing number of restaurants, hookah bars, and sports cafes are now getting big screens from top manufacturers, including Hikvision, to attract sports lovers.

If you, too, own a sports café, shisha bar, or restaurant in the UAE and are looking for to witness an increased activity, contact Malco Technologies for the latest Hikvision commercial display screens. We are the leading Hikvision digital screen distributor in the UAE. You can contact us for authentic products sourced directly from the manufacturers.

Buying LED screens from Malco Technologies will not only make your restaurant, bar, or café look more appealing but attract more visitors as well, resulting in increased sales and better word of mouth.