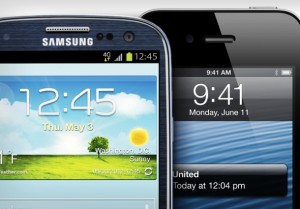 Apple iPhone 5 users consume more cellular data than anyone else, while owners of Samsung Electronics’ Galaxy S III upload the most data, according to a survey conducted by Arieso, which said that growing data volumes continue to challenge operators.

“While some people say that [data growth] is slowing down or isn’t much of an issue, I don’t see that on the front lines,” Michael Flanagan, CTO, Arieso, said.

The Arieso survey did not specify how much data smartphones and tablets consume. Instead it set iPhone 3G users as a benchmark to compare users of all other devices. Users of the iPhone 5 download more data than users of any other smartphone, and more than four times the amount of iPhone 3G users, the study found.

“This is effectively the continuation of a kind of Moore’s law where every new generation of the iPhone consumes 50 or 60% more data than the previous one,” Flanagan said.

In general, users are becoming more tech-savvy, and want to do more with their smartphones, which drives data usage. In the case of the iPhone 5, a bigger screen with room for more icons has helped increase data usage, according to Flanagan.

Users of the HTC Sensation XL are the second most data-hungry, followed by the Samsung Galaxy S III, which both consume about three times as much data as users of the iPhone 3G.

“There are features in the Galaxy S III that makes sharing information a little more seamless,” Flanagan said.

The Galaxy Note II has the same usage patterns as a regular smartphone, as opposed to a tablet. The device sits between smartphones and tablets with its 5.5-inch screen.

The three tablets included in the survey — the iPad, iPad 2 and the Galaxy Tab 2 10.1 — are big data users, but they can’t keep up with the most data-hungry smartphones as they rely more on Wi-Fi and are held back by tight-fisted data plans, according to Flanagan.

When it comes to data usage, Apple’s and Samsung’s roles are reversed – users of the Samsung tablet download more data and owners of the iPad 2 upload more.

The Arieso survey was conducted on a European mobile network during the course of 24 hours. Each device included in the survey had a least 1,000 users, according to Arieso.