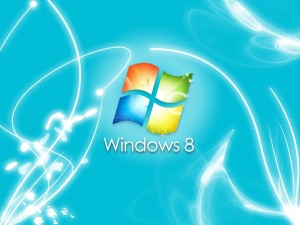 Gartner analysts have dubbed Microsoft’s Windows 8 as a “big gamble” that will see the operating system peak at just 20% to 25% of corporate PCs.

“Microsoft is taking a big gamble over the next few months with Windows and Office, the two products responsible for most of its revenue and profit,” the research firm said in a statement.

“[But] it is a risk that Microsoft must take to stay relevant in a world where mobile devices with new modern experiences are becoming the norm.”

Windows 8 is set to launch at retail Oct. 26, one month from today.

The reasons cited by analysts Michael Silver and Steve Kleynhans will be familiar to followers of Windows 8’s development: The two disparate user interfaces (UIs) of the OS, its tablet- and touch-first philosophy, its possible rejection by IT administrators as too much like Windows 7 on one hand, too different on the other.

But one factor, in particular, was stressed today by Kleynhans in an hour-long webinar held for current and potential clients: The overpowering presence in enterprises of Windows XP, an 11-year-old operating system and the need to get off that aged software as an April 2014 retirement deadline looms.

“The key message is that you really do need to get off Windows XP,” said Kleynhans during the online seminar. “If you haven’t done anything so far, you are really, really late. And Windows 8 is only complicating issues.”

Complicating, as in confusing some companies about whether they should forget about the well-tested Windows 7, an operating system ready to head into its fourth year, and instead skip it for Windows 8 as they leave XP behind.

Kleynhans said that was wrong thinking.

“[Windows 8] is a big step for any Windows user,” said Kleynhans [emphasis in original]. “But it’s probably a bigger step than most XP users want to take.”

Kleynhans argued that corporations should continue to transition from XP to Windows 7, a move that about 60% of businesses polled in May said they would wrap up by the end of 2013 rather than add Windows 8 to the mix.

The need to move off Windows XP is pressing: Microsoft will retire that OS in April 2014, after which is will not serve those users with security updates.

“Operating systems don’t mature the day they’re released. They take at least a year to mature,” said Kleynhans of Windows 8’s release next month. “It’s not an option to skip Windows 7 and go to Windows 8 if you still have Windows XP in your environment.”

There’s simply not enough time remaining before April 2014 to properly test Windows 8, then prepare deployment plans, much less actually roll it out, he said.

In any case, Windows 8 won’t be a hit, Kleynhans predicted, citing the every-other theory that with one release Microsoft offers a so-called “plumbing” upgrade, one that dramatically changes the underlying technology, but with the other launches a “polish” release that is more tweak than anything.

Under that scenario, Windows XP was a “polish” of Windows 2000, while Vista was a “plumbing” release. Windows 7 is another “polish.” And Windows 8, for all its similarities to its precursor in the desktop UI, is actually a “plumbing.”

“Plumbing releases tend to be very difficult migrations,” noted Kleynhans. “Which is why they tend to be very slow in uptake. But polished releases are typically easier. Things are working well [in the operating system], and they’re easily migrated to. Migrations tend to be more successful.”

Kleynhans highlighted Windows Vista, the 2007 upgrade that was roundly criticised by users and analysts for, among other things, biting off more change than hardware could handle. “Vista, a plumbing release, met with a lot of push-back,” he said.

“Windows 8 will get 20% to 25% of the corporate user base, at most, before it’s replaced with whatever comes next,” he said. “It will look more like Vista, [and] it won’t have the installed base that we’ve seen with Windows 7 or XP.”

According to web analytics company Net Applications, Vista topped out at a 19% share of all operating systems worldwide in October 2009, the month Windows 7 launched. As of August 2012, it had sunk to 6%.

Meanwhile, Windows 7 just became the world’s most-popular OS, nailing a 43% share last month to finally take the No. 1 spot from XP, which retains a still-impressive 45.5% share.

In the past, Microsoft has made recommendations similar to Gartner’s, that enterprises should continue with deployments of Windows 7 to scrub XP from their networks. Since June 2012, however, the last time a company official made such remarks, Microsoft has been quiet on the subject, instead devoting events and press releases to Windows 8, its launch and its suitability for tablets and “convertibles” — hybrid hardware that combines characteristics of tablets and traditional laptops