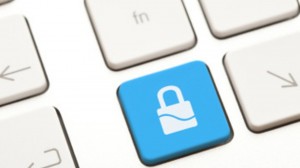 A Gartner report about the security software market out today shows that number-two-ranked McAfee enjoyed the most overall growth last year, Trend Micro slipped but stayed number three, and Symantec held onto its top spot with 19.6 percent of the $19.1 billion market.

Gartner’s report looked at 12 market segments that included endpoint security products for both the enterprise and consumer markets; data-loss prevention; Web and email security tools; user provisioning; Web access management; and security information and event management (SIEM), among others. The three “giants” of the market, as Gartner puts it, remain Symantec, McAfee and Trend Micro, with 35 percent combined market share.

McAfee, which was acquired by Intel in 2011, showed the highest overall year-to-year growth, with revenues rising from $1.22 billion to $1.68 billion in 2012, a 37 percent increase that Gartner says can be attributed to organic growth but also partly to accounting rules that allowed Intel a write-down. Symantec revenues rose 2.6 percent from $3.65 billion in 2011 to $3.75 billion. Trend Micro, which has had traditional strength in the Japanese market, saw revenue drop from $1.2 billion in 2011 to 1.17 billion, a 2.7 percent decline.

The Gartner report, authored by analysts Ruggero Contu and Matthew Cheung, noted that Trend’s diversification efforts into the cloud and virtualisation platform security last year seem to be starting to pay off, however, and its DLP product was growing at 19 percent.
In Gartner’s view, the so-called “second tier” of large vendors is said to be IBM, EMC, Cisco and CA Technologies, which compete in certain segments “though security is only a part of their overall corporate interests.”

Microsoft, for instance, jumped from the number-12 spot in 2011 to number 10 with 2 percent of the overall market share. Cisco, though, slipped a spot to number eight with security revenues falling from $487 million to $479 million, a 1.7 percent drop.

In Gartner’s view, there’s a “third tier” composed of “specialist vendors with midsize security presence,” and they include Kaspersky, Oracle, Websense, Sophos, Blue Coat Systems and Eset. The remainder is a mix of large IT vendors with “small presence in the security space” or small players specialising in one or two segments.

Gartner cited as a stand-out CA Technologies, which jumped a spot to number seven, with $509 million in 2012, up 11.3 percent. For CA, “DLP and Web access were the fastest-growing segments, growing 24 percent and 14 percent, respectively, against poor-performing user provisioning, growing 4 percent,” Gartner’s report said. Greatest growth for CA was seen in the geographic regions of Europe and Asia/Pacific. Kaspersky also jumped a spot in the Gartner rankings to stand at number six, with revenues of $628 million for 2.5 percent growth in 2012, and 3.3 percent overall market share.

In terms of geographic region, North America, which bought $8.6 billion of this security software last year, provided 8.2 percent growth overall. But other areas of the world contributed higher growth rates in buying, with Eastern Europe at 14.4 percent, Latin America at 12.6 percent, Eurasia at 21.8 percent, for example.

However, some of the fastest growing segments were DLP, which reached $572.9 million last year, for 25.1 percent growth year to year. In addition to just software, the Gartner report also sought to include appliance-based versions in some categories, including SIEM appliances and Secure Web Gateway and Secure Email Gateway appliances. SIEM software was healthy at $976.4 million in 2012 for 27.5 percent growth, while SIEM appliances at $384.1 million were said to grow 11.9 percent year over year.