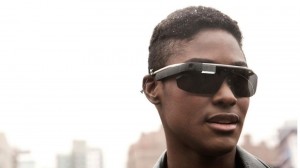 While the curious are looking to get their hands on a pair of Google’s Glass, companies also may be looking to weave the computerised eyeglasses into their businesses.

Merrell spent time at Google I/O getting accustomed to using Google Glass eyewear. She talked to Computerworld about Glass and its potential enterprise uses at the Google I/O conference in May, where hundreds of people were trying out the wearable computers for the first time.

Glass is a major project for Google, which has put prototypes of the device in the hands of several thousand developers and early adopters.

The glasses provide users with such features like maps, search results, weather forecasts and breaking news on a transparent lens that sits just above the user’s right eye. Glass can be manipulated by voice, touch and even gesture control.

It’s not clear when Glass officially will be released to the market. This spring, Google’s Executive Chairman Eric Schmidt said Glass would ship in the spring or early summer of 2014. However, during Google I/O, sources said Glass is expected to ship later this year.

“I can definitely see enterprise uses for Glass,” said Zeus Kerravala, an analyst with ZK Research. “Retail and health care industries are obvious. Say, with retail, salespeople could have real-time inventory information. And I could see a CEO wearing them during a company meeting to have up-to-date information displayed. They’d work wherever real-time information is needed.”

Patrick Moorhead, an analyst with Moor Insights & Strategy, said he could envision police officers wearing Glass to record arrests and get mapping information.

“Think of the auto repairman who can have step-by-step repair manuals overlaid over Glass,” he added. “I can foresee beneficial vertical applications in product design, repair, transportation, and law enforcement. And with any application where augmented reality, recording or communication is important, Glass can add value.”

Eric Schrag, a senior Android engineer for Comcast, said that he planned to talk with his boss about ways to use Glass on the job.

“Comcast might use it when they send a tech out to a house,” said Schrag, who was testing his new pair of Glass at Google I/O. “You could get a map to a customer’s house. It would be helpful on service outings. It would be good if there were issues happening in real time with the system.”

However, privacy concerns have already been raised with Glass even before it’s officially shipped. A major concern is its ability to potentially take photos or shoot video surreptitiously.

Kerravala noted that those same concerns will show up in the enterprise.

“And there would be the added concern about Glass being able to tap into the company’s data stream,” he said, adding that it would be akin to enterprise concerns about smartphones and tablets. “It’s another means of getting at company data.”

Moorhead said enterprises may have privacy concerns about Glass, but they can limit and lock down the applications used on them.