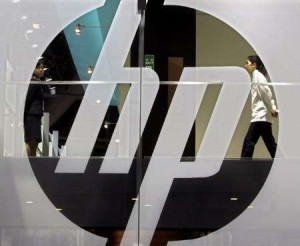 The last time Hewlett-Packard Co. announced a layoff of 25,000 people, it was on the same day that Lehman Brothers collapsed and the stock market nose-dived. That was in September 2008.

Now, HP is reportedly considering another layoff of equal number – and possibly as many as 30,000 – according to a report by Bloomberg.

The timing of HP’s big 2008 announcement was coincidental, and not unexpected because it followed the acquisition of EDS. But it nonetheless was the first big layoff in a tech industry that was retrenching. The industry eventually lost more than 250,000 IT jobs as the recession deepened.
An HP spokesman declined to comment on the latest layoff plan, calling it speculation.

For IT employment generally, what will matter is where HP cuts its labor force. It employs about 350,000 worldwide, but does not report on the exact number of people who work for it in the U.S.

Analysts say that some cutbacks were expected following HP’s recent announcement that it plans to combine its personal systems and printer divisions.
Frank Gillett, an analyst at Forrester, said he didn’t think that the reorganization would result in 25,000 layoffs.

HP CEO Meg Whitman has faulted prior decisions to cut R&D, and Gillett believes the company may be trying to find efficiencies elsewhere to increase R&D investment. “I don’t think there is a company-wide contraction going on,” said Gillett.

Charles King, an analyst at Pund-IT, also sees the printer and PC division as a major reason for any cut. The personal system division, which is responsible for PCs, is the company’s lowest margin business “and margins have been falling pretty dramatically,” he said.

King said the reported layoffs are “lousy news for a whole lot of people, especially when the economy doesn’t have 25,000 jobs to be given up right now.”

Whitman has signaled the need for cost cutting at HP. In a critique of operations earlier this year, she said the company was “too complex and too slow,” and she said that there was “still much more that we can do to streamline operations.”