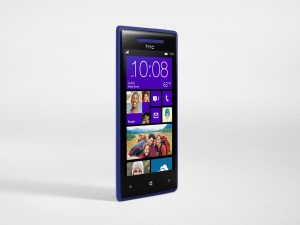 HTC and Microsoft, have introduced Windows Phone 8X and 8S smartphones that will be the signature devices for the software maker’s upcoming Windows Phone 8 OS.

Microsoft and HTC consider the devices as the “signature” smartphones for the Windows Phone 8 OS, said Jason Mackenzie, president of HTC. The 8X and 8S will be available starting in November through 150 mobile operators in 50 countries. It will be available on AT&T, Verizon and T-Mobile in the U.S. Pricing for the smartphones was not immediately available.

HTC designed the product from ground up to showcase Windows Phone 8, said Steve Ballmer, CEO at Microsoft, during a short speech at the HTC event.

The company hopes the new HTC phones “will tell the story” of Windows Phone 8, Ballmer said.

Microsoft’s smartphone OS had just a 1.9 percent market share in 2011, and the number is expected to creep up to 3.9 percent by the end of this year, according to Gartner. Microsoft’s OS is in fifth place behind Google’s Android, which led the market with a 46.5 percent share last year, and Apple’s iOS, which held an 18.9 market share. Symbian and Research in Motion’s Blackberry were also ahead of Microsoft last year.

The 8X and 8S have new features such as a high-end cameras and powerful audio features, said Scott Croyle, vice president of design at HTC.

The most publicised feature of Windows Phone 8 OS is the user interface, which allows more tiles to fit on the start screen. Users also have the flexibility to resize tiles to small, medium and large sizes. The tiles launch applications or can act as hubs under which common applications can be grouped. For example, a hub can show snippets of updated information such as Facebook feeds of social media updates.

A number of major phone vendors including Nokia, Apple, Motorola Mobility and LG have announced smartphones in the last few weeks.