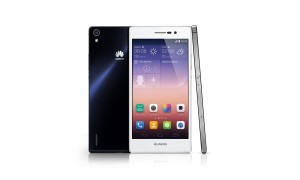 Huawei has unveiled its Ascend P7 smartphone in Europe, and has said it will be available in the GCC from June.

“Huawei’s relentless commitment to developing premium quality smartphones over the past three years has paid off,” said Richard Yu, CEO, Huawei Consumer Business Group. “We are now ranked number three globally in terms of smartphone shipments, and our brand recognition is growing steadily in key regions such as China and Western Europe. Today, the launch of Huawei Ascend P7 once again challenges existing industry standards by redefining smartphone design, camera experience, and connectivity, to provide people with an unprecedented mobile experience.”